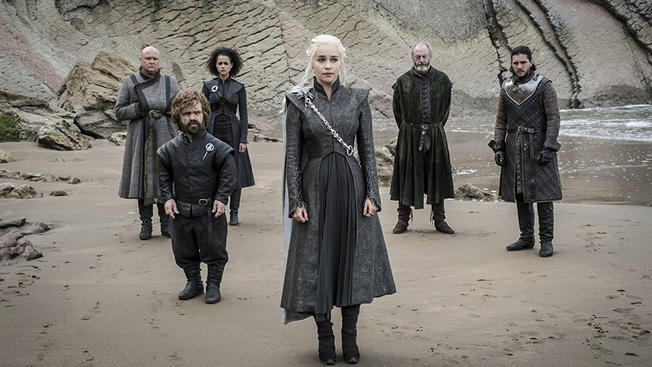 Game of Thrones Season 8: Major Spoilers That Are Almost Certain

The final season of Game of Thrones is just mere weeks away. The audience is desperately waiting for the D-day to come. However, HBO is trying to ease down their passionate fans by releasing the trailers and promos of Game of Thrones Season 8 in small durations.

Two years have flown by since the seventh season of Game of Thrones released which ended with so much of mystery. The show gave the audience a lot of time to think about the happenings of next season. The death of one of Daenerys’ dragons and its revival as undead, the falling of the great wall and of course, the intense romantic situation between Daenerys and Jon Snow, these are some of the open-ended scenarios that gave fans sleepless nights.
But what will happen in the final season? Will the undead take over the living ones? Who will survive by the end? All these questions are bewildering in the minds of the fans. And we are here with some major spoilers for the upcoming season. Yes, Below mentioned are the major spoilers for Game of Thrones Season 8.

Unfortunately True. The valyrian sword of Jon Snow will demolish during the greatest fight of George R.R. Martin’s fantasy world. During the Battle of Winterfell, Jon Snow will come face to face with the Night King. Whilst the fight, the Night King’s Ice Sword made from dragon’s bone will shatter Jon’s Longclaw to fragments. However, Rhaegal, one of the two dragons, will save him.

Apparently, Jon’s armor also gets damaged in the battle. After which, Gendry will immediately start working on the new breastplate for Jon. For that, he will use the remains of the Longclaw along with the dragonglass. Gendry will also carve a dire wolf and a three-headed dragon on the breastplate of Jon as he belongs to both of the houses.

Until last season, Tyrion and Varys fled from Kings Landing and served The Unburnt Queen Danaerys. However, the final season will show the actual face of Varys.

Varys will work with Qyburn and betray Daenerys by providing the information to Cersei. This rumor also got concrete with the scenes of Varys and Tyrion discussing the fate of seven kingdoms. Both of them have some difference in opinions. And according to Varys, Cersei can become the actual Queen as she is left with nothing to lose and she is more predictable than Daenerys.
Meanwhile, Tyrion bends more towards Daenerys to become the Queen of Seven Kingdoms, with right counsel and guidance. After the end of this conversation, Varys will write something for Kings Landing.

3. Winterfell Will Burn Into Ashes

The biggest battle of the decade, The Battle of Winterfell will take place at Winterfell, obviously. The fight will end but will result in the destruction of the Winterfell, the castle and everything. This will happen because of the dragons, Drogon and Rhaegal’s flames.

Even the name of Winterfell happened because last time The Long Night ended at that Winterfell. However, this time the winter will rise from here, and the demolition of Winterfell completes the cycle.

4. Jamie Would Give Widow’s Wail to Jon

It is quite likely that The Kingslayer, Jaime Lannister will bestow his sword, Widow’s Wail to Jon Snow, after his sword Longclaw shatter into pieces. This makes sense as well, because Jon Snow will need a new sword to fight with the Night King, and Ned Stark’s sword will find a way back to its master.

Although the Widow’s Wail and The Oathkeeper, both swords were made from House Stark’s ancestral sword, The Ice. Tywin Lannister gave Widow’s Wail to Joffery as a wedding gift and the Oathkeeper to Jaime. However, Jaime ends up giving Oathkeeper to Brienne of Tarth who eventually named the sword. And after the death of Joffery, Jaime took Widow’s Wail.
HBO scheduled the final season Game of Thrones to release on April 14, 2019. Stay tuned for the next updates and spoilers of Game of Thrones Season 8.

Fight for the living. #GameofThrones pic.twitter.com/GpG7m53Nqg