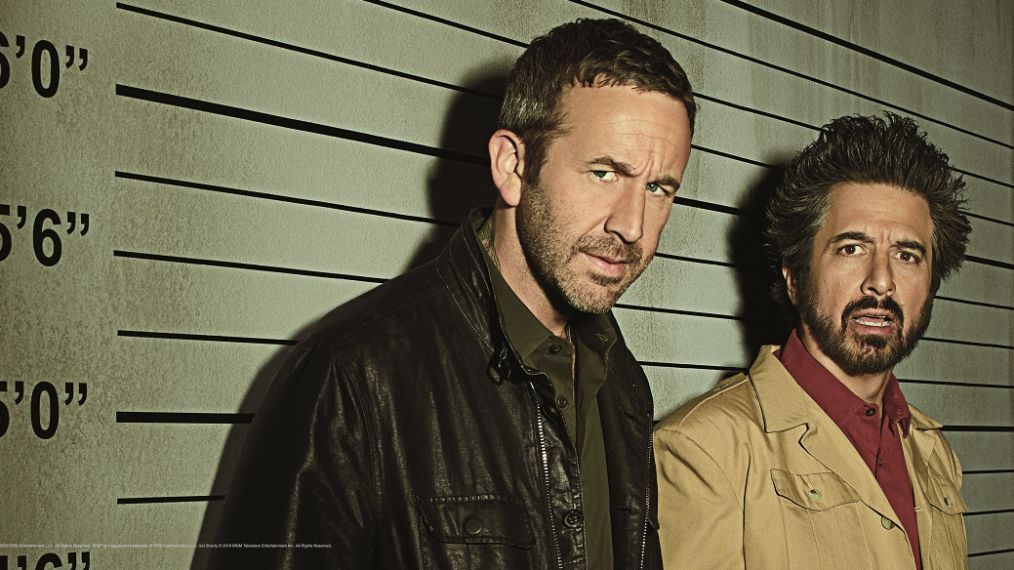 Epix’s popular comedy-drama returns for another run. Get Shorty Season 3 will soon hit the screens with a fresh set of 20 episodes. The criminal filmmaker will be back with a lot of drama this time. Starring Chris O’Dowd and Ray Romano in the leads, Get Shorty is one of the best projects the network has ever created. Hence, here we have everything you need to know about the upcoming installment.
Get Shorty is a unique story about a criminal dad who attempts to pick up a clean profession for his daughter’s sake. However, instead of leaving the criminal world behind, Miles Daly brings it with him to his new life. As he moves to Los Angeles, to become a movie producer, the father ends up doing things he shouldn’t do.

The previous installment of the show debuted on Epix back in August 2018. A few months later, in December, the network announced the renewal of the dramedy. With its engaging storytelling, Get Shorty has managed to gather itself a loyal fanbase. The renewal rejoiced thousands of viewers online, and plenty of them shares their excitement over social media.

Have The Productions Begun?

The cast and crew of Get Shorty Season 3 have finally begun filming. Both of the previous installments were shot in Los Angeles. However, this time, the productions are undergoing in Vancouver, British Columbia. Moreover, they may also head to Los Angeles again for a few scenes and additional shooting. The team may wrap up by fall this year.

Get Shorty Season 3 will welcome its regular cast on screen again. However, a few of the actors have received noticeable promotion this year. Popular actor Issac Keys will be back to the new season, although this time as a regular character. He plays the Ed, a recurring character, who appeared for 18 episodes on the show in total.
On the other hand, Michaela Watkins and Seychelle Gabriel have been tapped for recurring roles for the third installment. Although Epix is yet to reveal any details about the characters they play.

Miles Daly has been trying hard to get away from his unlawful life. Although the criminal world follows him everywhere. Film producer Rick Moreweather and Miles will still struggle to make their film in Get Shorty Season 3. The new installment will pick up the story from where it left in Season 2. However, both of them may have new challenges to fight through this time.

When Will Get Shorty Season 3 Be Back On Screens?

Both the previous installment premiered in August in the consecutive years since 2017. Fans were expecting Season 3 around the same time as well. However, since we’ve almost reached the end of August 2019, Get Shorty doesn’t seem like following the release pattern anymore. The third season is a few months late this time. As per speculations, it is set to return on October 6, 2019, at 10 PM.
Davey Homes’ dramedy has much potential to run for a few more installments in the future. The series is the second adaptation of a novel with the same name. Moreover, there was even a film adaptation that debuted long ago in 1995. Epix’s Get Shorty has been a success for the makers. We hope that the creators keep the good work going and the upcoming season turns out to be as good as the previous ones.