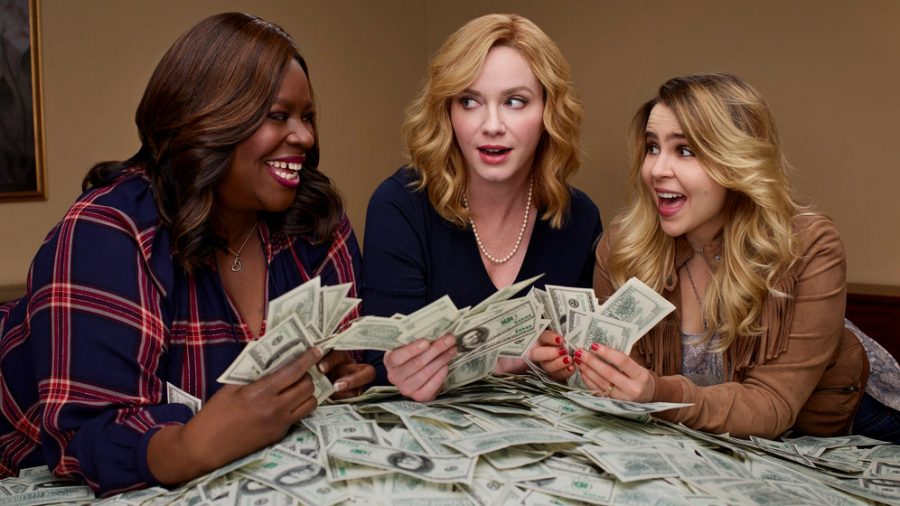 NBC’s not-so-good girls are set to be back on our screens in Good Girls Season 3. Though this time, the new installment will bring along a lot more problems for them than ever before. Moreover, another special character is set to join the gang. To know more, keep reading on because we have everything you need to know about the third season.
Good Girls debuted back in February 2018 and soon became fan-favorite series on NBC. The show narrates the story about three suburban moms, Beth (Christina Hendricks), Annie (Mae Whitman), and Ruby (Retta). All three of them are tired of the crisis they have in life and end up picking up criminal activities by night. This not only gets them into trouble but majorly affects their lives. Moreover, these troubles follow them until the very end of the second season and may apparently chase them as long as the show runs.

The women-led series is one of the funniest dramas on NBC. The debut season may have received average reviews, but it managed to win hearts. And so did Season 2, which created much bustle on its premiere. Fans around the globe are already excited for Good Girl Season 3. The television network didn’t take long to renew it. Hence, the renewal was announced back in April 2019, while the second installment was in the runs.

The sassiest good girls of the town stand deep in their criminal marsh. The strong pact of three is now at stakes. After everything that happened previous season, the moms aren’t exactly on the same page. Beth’s younger sister Annie is now unsure about their con-game. Discovering that her new love interest Noah (Sam Huntington) is an FBI Agent, fueled her doubts about her line in work.


On the other hand, Ruby isn’t happy with the business anymore. Her relationship is already in jeopardy because of the profession she’s picked up. Hence, she may opt out of the gang as well. Good Girls Season 3 may break the trio. With the two trying to leave, Beth will have a tough time convincing the team to have some patience and trust.

Addition to the Good Girls Gang

The good girl trio is going to become a gang of four now. The creators of the show have decided to add another suburban mom to the story. TVLine says that Beth, Annie, and Ruby will be approaching the skills of a graphic designer in Good Girls Season 3. The new character will help the ladies in their latest money laundering venture. Although she may not be as ‘good’ as we expect her to be.


Show creator Jenna Bans warns that the new character may turn out to be more trouble for the girls. She describes her as a suburban mom with a questionable background and may have no interest in being a ‘good’ girl. An actress is yet to be cast for the role. Are you excited for the latest cast addition? Tell us in the comments below.

When Is Good Girls Season 3 Releasing?

The series has had a pretty stable pattern of release until now. The debut season arrived in February 2018, while Season 2 returned nearly a year later in March 2019. If it follows the pattern yet again, Good Girls Season 3 may premiere by Spring 2020. However, NBC is yet to make an official statement upon an air date.