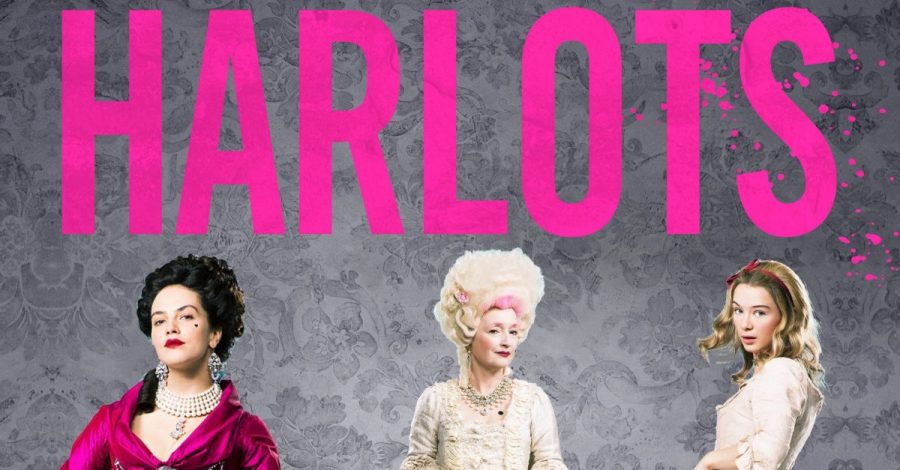 2017’s highly-rated show is returning to our screens again. Harlots Season 3 is finally given a release date, and fans cannot be more excited. The show has made its place in one of the finest and well-builded shows on Hulu. Moreover, it received an early renewal back in September 2018.
Harlots has been appreciated among the masses and the critics since its debut. The period drama spends much time on its well-blended filmography and performances. Season 2 premiered back in July 2018 and fans are ready for another season. Though it will take a while to release, admirers are happy to get a confirmed release date.
The show is based in 18th-century England. The highly dramatic series puts its focus on a brothel run by cruel businesswomen Margaret Wells and Lydia Quigley. 1763’s London is ruthless and wild, and women sell sex in order to survive in it. They either have to marry or become a prostitute to bear the brutality.
In this cruel world, Mrs. Wells tries to improve her life and moves her brothel to a Greek street for better-class clients. She struggles to raise her daughters in the chaotic household. However, her struggle becomes more difficult as she is now against Lydia. Mrs. Well was a former prostitute who worked for Lydia in her brothel in Golden Square.

Harlots Season 3: What To Expect?

The series pulls off a tricky balance between substance and tone. The show is shocking yet fascinating at the same time. It brings together a weird combination of offensing women’s dignity yet empowering the gender in some way. Unlike many other shows, people do not watch the show for sex and nudity. Instead, they appreciate the scenario where women try not to sell their souls along with their bodies.
Hence, fans love the show, especially the second season. Harlots Season 3 now has a higher wall of expectations to get through. The Wells women now have a lot to go through and we hope they’re stronger this time. Moreover, the third season also awaits several new threats and enemies for them. We can expect the upcoming installment to be thrilling and interesting than ever before.

The season finale was tough for the leading ladies. Margaret (Samantha Morton) is now held captive in America. On the other hand, Lydia (Lesley Manville) is behind the bars in Bedlam. Mrs. Wells daughters can now free themselves of their mother’s feud. However, getting rid of the enemies is not easy.
The story of the third season will continue from the point it left. The focus of the series may shift a bit to the Wells girls this time. However, Margaret and Lydia will have to find a way out. We hope that the powerful show gives us another compelling storyline in Harlots Season 3.

One of the most popular character from Game Of Thrones is expected to join the cast of Harlots Season 3. Alfie Allen, who plays the role of Theon Greyjoy on HBO’s Game Of Thrones. The actor will join the ensemble cast this season. He will play Isaac Pincher, a Seven-Year-War veteran who has recently returned to London. Allen will have a lot to contribute in the Hulu series.


Moreover, the period drama also cast Ash Hunter. The actor is well known and loved for his role in Hamilton West End and The Secret Agent. He will play Isaac’s brother Hal. Both of them together will be called the Pincher brothers.

Fans of the show have already waited a while for the third season. After the release of Season 2 in July 2018, Season 3 returns after a long year. The new installment is expected to premiere on July 10, 2019.
Harlots is one of the few shows that have a precise amalgamation of emotions and good performances. With its intense premise, the show becomes a favorite for all Hulu subscribers. Season 3 is expected to resume its reign, and we hope that the series maintains its charm next time.