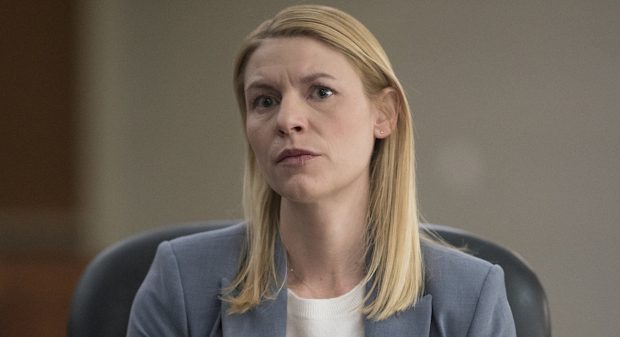 It’s been almost a year since the previous season of Homeland aired. After a long wait, Showtime’s most successful series is again in working for its final season. Yes, Homeland Season 8 will be the final installment of the series.
The star herself, Claire Danes only revealed the nerve-wracking news about Homeland Season 8 is the final season in an interview last year. The news brought somewhat different emotions in the fans. Some of them are unhappy, as their favorite show is about to end. Meanwhile, some of them are utterly curious to know what the final season will bring to the show.

The eighth season of Homeland was ordered back-to-back with the seventh season back in 2016. However, because of the varied international production work, the schedule delayed. The filming of the final season began in February in Morocco. The production work is ongoing and set in Afghanistan.

Some new characters will join the existing leads for the final run. Hannibal star Hugh Dancy will star opposite his real-life wise Claire Danes in the last season of the show. He will play a recurring guest role, John Zabel. The character is a savvy Washington consultant, joined as a new foreign-policy advisor to the President at the White House. Zabel is also a formidable opponent to Saul Berenson (Mandy Patinkin).

Emmy-nominated actor Hugh Dancy will guest star as savvy Washington consultant John Zabel in a multi-episode arc on #Homeland! Season 8 will premiere later this year. Only on #Showtime. pic.twitter.com/U79xgCVNbf

What Will Happen in Homeland 2019?

The seventh season of Homeland was left at an utter cliffhanger. However, the show-runner Gansa also revealed that the show would take a time gap to several years forward. The final season will be set in Afghanistan similar to the fourth season.
In the final season, Saul Berenson, the National Security Advisor for newly inaugurated President Ralph Warner, has the responsibility to negotiate peace with Taliban, Afghanistan. Meanwhile, Carrie Mathison is still a prisoner in Russia, struggling with the brutal treatment of the Russians.
However, Saul wants to bring her to Afghanistan, as he knows her knowledge and expertise will be helpful for the mission. The audience will see Carrie somehow leaving Russia and then work with Saul.

The final season was initially scheduled to release in June 2019. However, because of the delayed schedule, the delay extended until late 2019. Therefore, the audience will witness the eighth and final season of Homeland in the fall of 2019. Showtime is yet to announce the official premiere date for Homeland season 8.