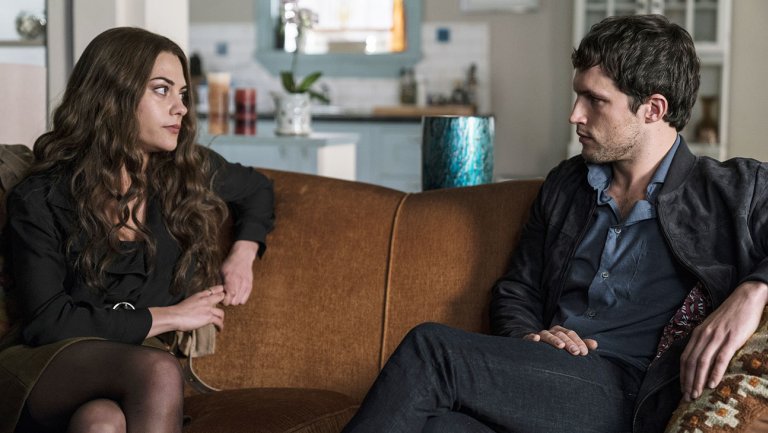 Imposters is one of the most-binge watch shows on Netflix right now. The show is a hell of a package deal comprising all the guessing, gasping and laughing. After descent two seasons, Bravo cut an end to the journey for Imposters about a year ago. Since then, the audience was in grief as they wanted their dramedy (drama-comedy) show back for another run. However, the show has been picked by Netflix for streaming and is running pretty well. This has fueled the rumors about the renewal of Imposters Season 3.
Imposters is a dark comedy series of Bravo, debuted on February 7, 2017. The series follows Maddie (Inbar Lavi), a con artist who gets involved in relationships with men and women in order to use and rob them. The first season of Imposters was a big hit. The audience loved the unique plot of the show and how Maddie lures people to get what she wants.
However, Bravo cable network officially canceled the show on June 1, 2018, after the release of the second season. As Netflix is streaming it again, and the show is attaining its popularity back. Speculations are flaring that the streaming giant will pick up the show for Imposters Season 3.

Imposters had a satisfactory two-year run followed by a loyal fanbase and viewership. However, Bravo decided to discontinue the show because of the apparent decline of viewership ratings. This came out as a shock for the fans. That is because the first season of Imposters named as one of the fastest growing TV show of that time. This happened due to the increasing number of viewers per episodes.
However, after almost two years, Netflix opened up the gates for the show and made it available again for the audience. Moreover, both the seasons are doing tremendously impressive work with the streaming giant.

What Could Possibly Happen In The Next Season?

The finale of the second season saw Maddie, Ezra (Rob Heaps), Richard (Parker Young), Jules (Marianne Rendón) and the entire crew set to take down their wicked boss, The Doctor. Though the second season succeeded to provide some kind of closure, it also left quite some open-ended threads. If the show gets renewed for another run, they can continue the same plot line and introduce some new villain or can take a time-lapse of some time and present something new and exciting.
Moreover, the regaining popularity may lead Netflix to renew the show, by taking all legal rights of the show, as it is an excellent opportunity for it to cherish its audience and hope for Imposters Season 3.