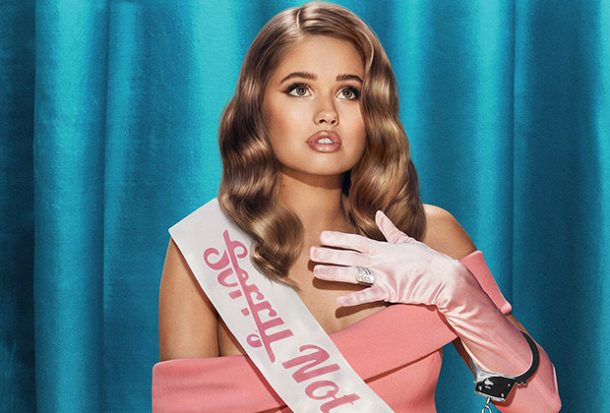 Insatiable Season 3: Renewed Or Canceled? When Will It Premiere?

The second season of Netflix’s dark comedy went out of control last week. The brand new installment brought in much more controversy than ever before. In fact, the show has clearly left people divided since its debut back in August 2018. Despite everything, the demand for Insatiable Season 3 is pretty high. Millions of Netflix subscribers are anxious to watch more of the drama Patty creates next season. As of now, here’s everything you need to know about her future.
Netflix’s crazy dark comedy debuted back in August 2018. Starring Debby Ryan in the lead, the series revolves around a teenage girl. Lead character Patty Bladell had always been bullied at school for being overweight. Surprisingly, her life turns upside down as a liquid diet helps her loses weight over three months of summer vacation. The drastic change in her appearance encourages Patty to seek revenge on her bullies.

The second season premiered recently on October 11, 2019, with loads of controversy again. As of now, it’s way too early to expect a renewal. Netflix usually takes a month to renew a series. Hence, we may have to wait for a couple of weeks from now. Though the previous season was greenlit within one month of Season 1 premiere. This suggests that the news may come around anytime soon. Fans must keep checking this window for details in the future.

Cast Members Are Positive About Season 3

Not many of the cast members are generally allowed to reveal details before official announcements by the streamer. However, some Insatiable actors have expressed their views upon the forthcoming installment. Actor Christopher Gorham, who plays Bob Barnard on the show, opens up about Insatiable Season 3 on his Instagram. In a post, the actor asked fans to be open if they want another season.

Gorham’s post included a picture of him with co-star Alyssa Milano. The actress who plays Coralee on the teen drama went on to repost the photograph on her account. This hints that she agrees with Christopher upon his views of Insatiable Season 3. We hope that fans actually open up if they want another season, and Netflix ends up renewing the installment soon.

Patty To Kill More People In The Upcoming Season

The story of the series took darker turns for our leading lady in the second chapter of the black comedy. As a consequence of her fat-shaming, Patty Bladell eventually turned into a serial killer. She goes on to murder her bullies in the last two seasons. In fact, the character justifies saying that the people ‘deserved’ to die.


As of the Season 2 finale, she boldly claims that she will attempt to murder Regina Sinclair (Alyssa Milano) next season. Moreover, Patty also adds that nothing tastes as good as killing. It seems like Insatiable Season 3 is about to be darker than ever before. Are you excited about the upcoming installment? Tell us in the comments below.

Considering the fact that the second installment debuted just a few days ago, it probably too early to expect a release date from Netflix. However, we can expect the season to return around the same time as the previous one did. Season 2 returned on the streamer after 14 months of its original debut. Hence, Insatiable Season 3 may take around the same time as well. Fans can hope for the installment to premiere by November or December 2020.