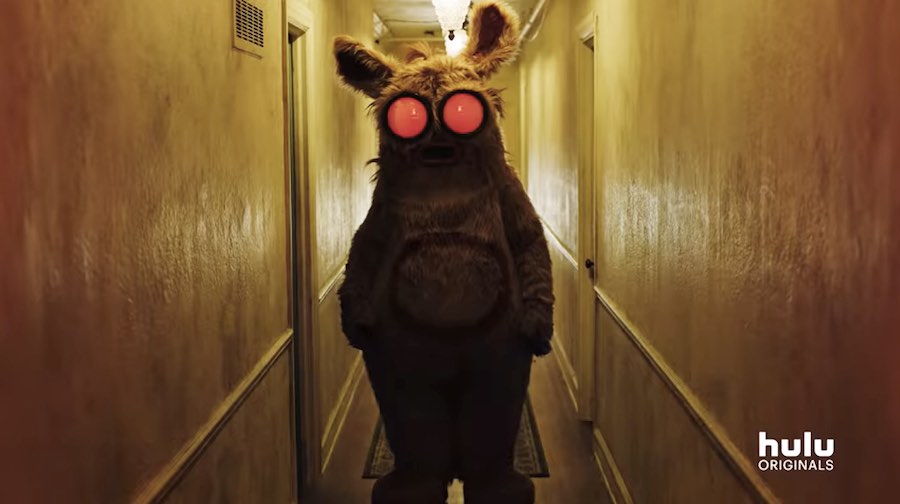 Into The Dark Season 2: Release Date Out! Teaser, Plot & All Other Details

The scary holidays will be back again! Hulu’s ambitious project is finally renewed for another run, and it’s returning sooner than we expected. Into The Dark Season 2 is scheduled to premiere on the television network with another 12-episode set. What will it be about this time? What’s going to happen? Here’s everything to know.
Into The Dark debuted with a freakish episode on Halloween last year. The streamer went on to release one episode every month since then. Moreover, each one of them has unique stories focusing on the holiday it premieres on. The anthology series was highly praised for the quality of the content it provided the fans. Hulu wrapped up the first installment back on September 6, 2019.

Into The Dark Season 2: Renewal & Production

Hulu’s Into The Dark is a year-long series that release one episode every month. It began in October 2018 and concluded twelve months later in September 2019. While fans were enjoying the last treat, the streamer was ready to give them another surprise. The renewal was announced soon after the Season 1 finale. Moreover, as per speculations, the filming for Into The Dark Season 2 began way before the official announcement.

What Will Season 2 Be About?

Being an anthology series, Into The Dark restricts us to guess the plot of any upcoming chapter. However, Hulu hinted us a few things with an official teaser this month. It reveals that Episode 1 will revolve around a group of college students. The teens take part in a board game, which traps them in itself. Moreover, the game forces them to face their darkest secrets and fears. In order to escape, they need to win every time.

The brand new Into The Dark Season 2 episode will hit the screens in the Halloween frame again. The holiday will we scary for the college kids. Episode One is titled ‘Uncanny Annie.’

Who’s In The Cast?

Over the last year, dozens of talented actors have starred in different Into The Dark episodes. This season will bring another set of cast members. Episode 1 will star young performers, Georgie Flores, Adelaide Kane, Paige McGhee, Jacques Colimon, Dylan Arnold and Evan Bittencourt. Most of them have previously shown their skills in a bunch of well-performing.

Into The Dark Season 2: When Will It Be On Hulu?

The popular series has finally been given a release date. It is expected to return around the Halloween frame again. The official trailer revealed that it premieres on October 4, 2019. Moreover, Into The Dark Season 2 will consist of twelve episodes that will run through September 2020.


Since the first season concluded earlier this month, Into The Dark Season 2 is returning pretty early. As compared to other second installments, it is one of the shortest waits that a TV show can get. However, for fans, it’s a piece of exciting news to hear. Different episodes of the anthology series have had varied reception from fans. While some performed really well, others failed to leave a mark. Nevertheless, we hope the second seasons has more of the good ones this time.