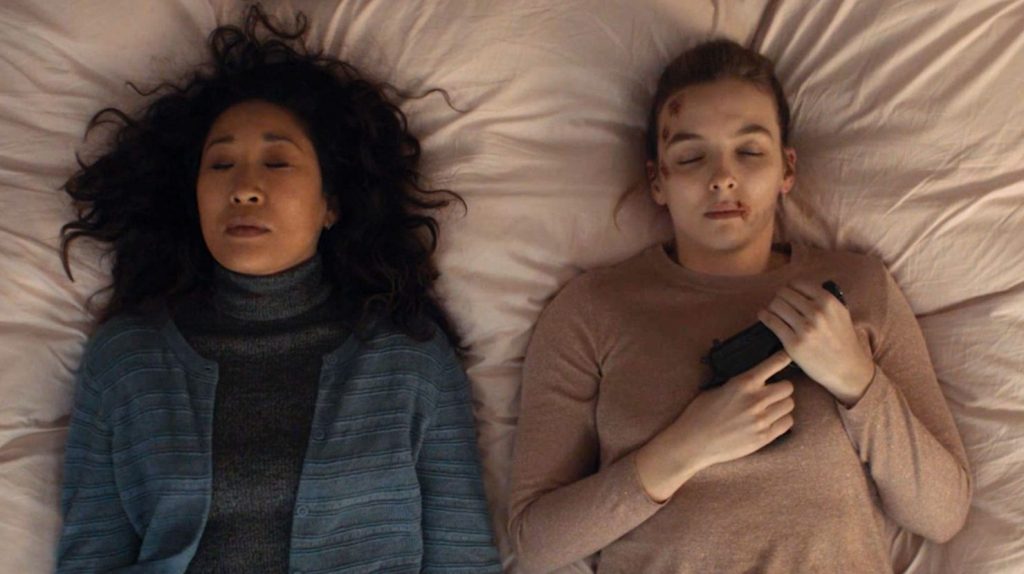 After the crazy Season 2 finale, fans cannot keep calm and wonder about what may happen in Killing Eve Season 3. We’re all amazed with the way the previous installment ended. It was surprising to watch Villanelle chase Eve, finally shooting her in the back. For a show that has her name in the title, we don’t want Eve to exit it sooner or ever. Moreover, is she actually dead? Here’s everything you need to know about it.
Initially premiered in April 2019, the series brings us a unique set of plotlines and story-telling techniques. The second installment took almost a year to return to our screens again. The last episode of Season 2 concluded recently on May 26, 2019. BBC America didn’t take longer than a few hours to renew Killing Eve Season 3 after the premiere of the second installment.


Killing Eve is based on the popular novella Codename Villanelle by Luke Jennings. The story of the show begins as the head of the Russia Section at MI6, Carolyn Martens hires agent Eve Polastri on her obsessive mission. The agent is recruited to track down a psychopathic assassin, Villanelle. She and Eve have developed an obsessive relationship over the chasing period.

Did Eve Really Die In The Finale?

Eve was last seen lying motionless on the ground after being shot by Villanelle in the back. However, the cliffhanger didn’t actually tell us if she survived the attack. We’ve known Villanelle for a while now. For how skillful and precise she is, we’re sure that the psychopath could’ve aimed for the head instead. There must be a significant reason behind her miss, and we want to know more about it.
As far as we know Villanelle and her obsessive vengeful attitude, she wouldn’t let Eve go, even if she survived the attack. The only possibility of Eve escaping her would be with the help of Kenny. However, even if she does escape, the ruthless killer

will never let her live in peace. What will Villanelle do next? Where will Eve go now?

Killing Eve Season 3: What If Eve Is Actually Alive?

In case, Eve actually survives Villanelle’s onslaught, chances are meager that she’ll ever be able to reassemble her life again. Towards the end of the previous season, Carolyn made it very clear to Eve that she can never return to MI6 if she decides to walk away. Our lead character obviously did the opposite, and we’re pretty sure that she will apparently lose her job.


Eve will now have to look for a place extremely safe and miles away from Villanelle’s reach. She will probably have to remain undercover for a while. However, where will she go? Besides, will our badass villain find her again?

BBC America was wise enough to renew our favorite show, a day after the premiere of Season 2. As a matter of fact, Season 1 and the second installment both came out in the month of April in 2018 and 2019 respectively. Hence, as per the apparent release pattern, it will be safe to expect Killing Eve Season 3 by April 2020.
The three leading ladies Sandra Oh, Jodie Comer, and Fiona Shaw are treats to watch on the screen. Sandra Oh has been graced with several accolades for her soulful performance as Eve in the thriller. Comer and Fiona have also been awarded and appreciated amongst masses. Fans surely don’t want to lose any of the brilliant performers out of the three. Hence, we hope that Eve survives and returns for the next installment.