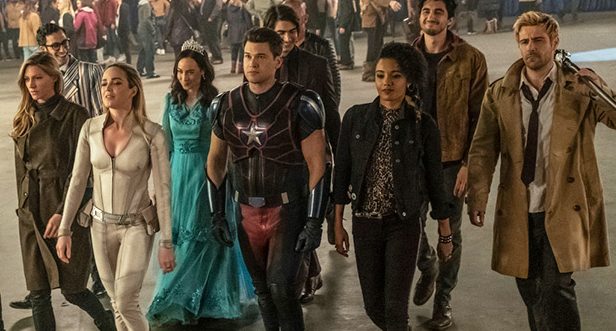 The Legends are almost here! The CW recently released the premiere schedule along with the fresh newbie poster for Legends Of Tomorrow Season 5. And now, the fans are excited as the show will premiere in just mere months.

The CW has scheduled the release date for the upcoming season of Legends of Tomorrow. According to Deadline, Legends of Tomorrow will return at 9 p.m. on Tuesday, January 21, 2020. The show will follow an episode of Arrow. Although a special episode for Season 5 will also premiere one week prior to the release of the fifth season, on January 14, 2020. At the time of the announcement, the network also released a brand new poster for the upcoming season of Legends Of Tomorrow. The poster featured all the returning characters from the forthcoming season.

Legends Of Tomorrow Season 5: Who Will Return?

Previously, news came in that series regular Brandon Routh and Courtney Ford has departed from the fifth season of Legends of Tomorrow. However, they are not leaving until midway through the season. Moreover, some new faces will also join the upcoming season of the superhero drama. This summer saw the news that Astra Logue will play the big bad in the fifth season as well. She is the aged up version of the girl that John Constantine condemned to Hell.
Other than this, the main cast members from the previous season are set to return. That includes Nick Zano as Nate Heywood, Tala Ashe as Zari, Dominic Purcell as Mick Rory, Caity Lotz as Sara Lance, Brandon Routh as Ray Palmer, Maisie Richardson-Sellers as Charlie and Matt Ryan as Constantine.

Legends Of Tomorrow Season 5: What Will Happen?

Legends of Tomorrow Season 5 will follow the events of Crisis on Infinite Earths crossover. The special episode, which will release a week before the premiere of the fifth season, will wrap up the Infinite Earth’s crossover. Meanwhile, the premiere episode will be called “Meet The Legends.” From the title itself, it is clear that Season 5 will again introduce the team of Legends, after the Infinite Earth’s crossover. Also, the symbol-infused at the backdrop of the poster certainly hints at another magic-themed season, which ties into the role of Astra on the series.


Furthermore, Caity Lotz revealed earlier this year that Sara would be getting a superpower in Season 5. Meanwhile, the show was reportedly casting around for a “Jack Sparrow/Russell Brand” type this summer.
In an interview with TV Insider, executive producer Phil Klemmer teased the forthcoming season of the series. According to him, Season 5 will be a lot more crazy, fun, and magical than the previous ones. And this seems right as John Constantine (Matt Ryan) is returning for the fifth season as the series regular. As per the speculations, the next installment will be much creepier because of Jack Constantine. Not just this, Legends Of Tomorrow Season 5 will feature unicorns, a dragon, and power of love as well. Therefore, things are going to be quite much ecstatic and magical in the upcoming season of Legends of Tomorrow.