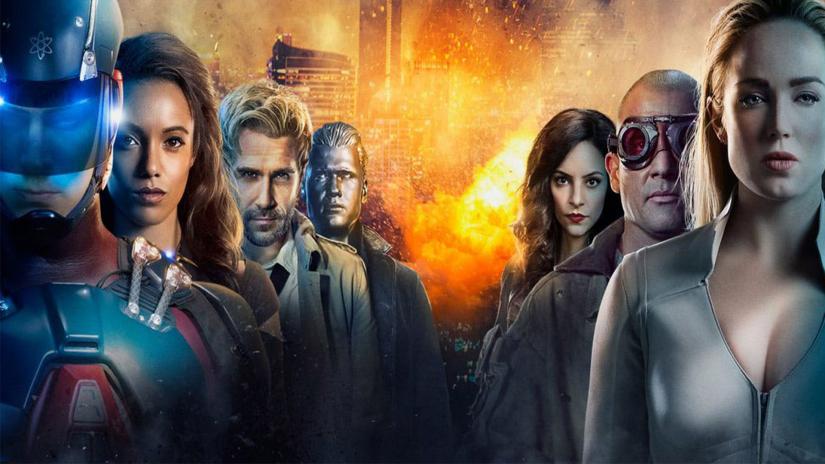 Legends of Tomorrow is one of the twistiest and mind-boggling shows of The CW. That is because the fans can never predict the fate of the legends, ever! Though, looking at its popularity, the show has been renewed for the fifth run by the network. Legends of Tomorrow Season 5 will be the next installment of the series.
Legends of Tomorrow is a superhero series based on the characters of DC comics. The show is a spin-off series, that features the characters of Arrow and The Flash, and also some new add-ons from the Arrowverse. The series debuted in January 2016 and since then, became the best superhero series of the network.

Caity Lotz (plays Sara Lance) today only twitted great news for the legend fans. The show is going to begin its production work tomorrow, on July 16, 2019. In that tweet, she confirmed as “Tomorrow we start filming season 5 of Legends of Tomorrow”. The news has brought in a great deal of relief for the hardcore fans of the show.

Tomorrow we start filming season 5 of Legends of Tomorrow ✨🦄👏

According to the speculations spreading around, the next season may witness a bunch of children entering the crew. Showrunner Phil Klemmer also teased his fans rounding up the same thought, in an interview with TVLine. When asked if Season 5 might see the team dealing with pregnancy or babies, he denied to that. However, he stated that they are planning to have multiple children in the fifth season.
Though this seems a bit surprising as the fans have no idea how multiple children could somehow be part of Legends of Tomorrow Season 5. Though that is the mystery that the fans want to see. Moreover, LOT is insanely known for presenting some unexpected, yet fitting plot, and keeping up with the timeline of the series.

The previous season of the series followed Constantine (Matt Ryan) and Nora (Courtney Ford) going to Hell in order to save Ray (Brandon Routh). Along with that, Zari sacrificed herself to save Nate (Nick Zano). Though in the current timeline, Zari’s dystopian future never happened. This will give a completely different life to Zari.

However, the change in the dystopian future could somehow bring in the multiple children (previously discussed). They could be connected to Nate’s Heywood theme park or with the magical creatures through which the team dealt with in the fourth season.
With the heroes up against some nasty guys and girls, things are likely to get darker in the upcoming season. The replacement of the siblings, Zari, and Behrad, will also affect the team dynamic. Although this is sure that the fans are going to be on the sting of their season throughout the fifth season.

The legends are back in the game of Crisis, after the Elseworlds crossover. As the legends have now become pros in adapting all new and different time periods, they manage to fight and save the multiverse. Moreover, the cameo appearance of the Monitor (LaMonica Garrett) in the finale of the fourth season suggests a tie-in to this iconic story arc.

The fourth season of the series wrapped up in May 2019. Therefore, it seems like the audience needs to wait for a while for the upcoming season. However, the fifth season is set to premiere in January 2020. Though, The CW has yet to officially announce the premiere date for Legends of Tomorrow Season 5.