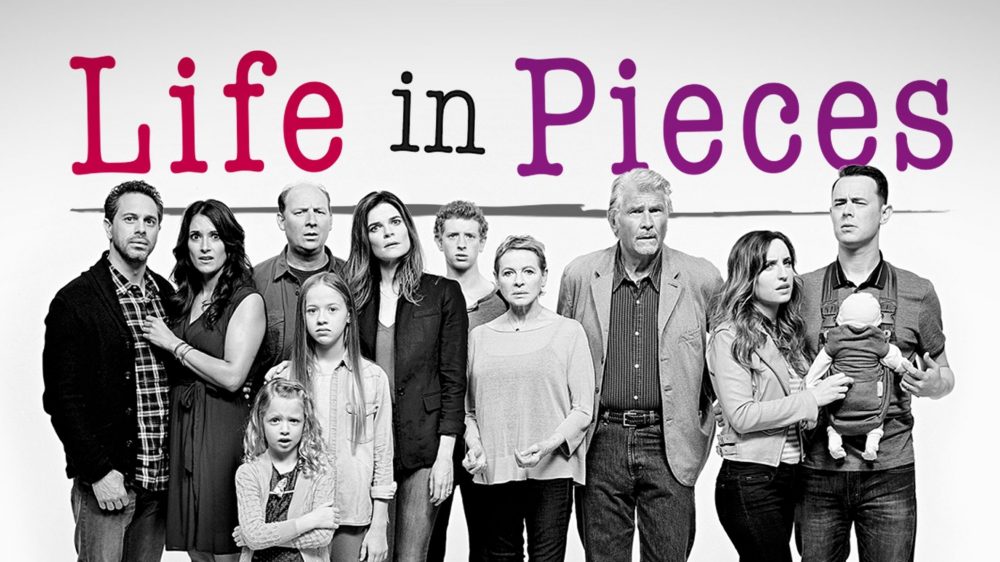 Life In Pieces Season 4: Release Date Revealed! What To Expect?

It’s Spring again, and the Short family is ready to be back on our screens in the fourth season. Though it’s late, fans are glad that their favorite show is returning. Life In Pieces Season 4 is going to arrive at CBS with its ensemble comedy. The renewal of Season 3 of the show ended back in May 2018.
CBS’s popular sitcom became an instant hit after its debut in 2015. The series gained a massive number of viewers over its first season. Also, it managed to receive average reviews from the audience. However, the viewership deteriorated with each passing season.
The comedy series revolves around a huge happy family and their journey of life. Every season was told via four different short stories each week. Moreover, the show is sweet, simple and relatable. So, here’s everything you need to know about your favorite show.

Life In Pieces Season 4: What Will Happen Next?

After a crazily funny third season, Life In Pieces Season 4 will welcome a few new family members in the Short family. Fans may get to see several new faces, alongside a few guest stars. Moreover, the clan may experience an unexpected health crisis. The showrunners haven’t disclosed the meaning of the same, however, seemingly the new season may bring many twists and turns in the plot of Season 4.

The fourth season may also bring us many more hidden secrets in an unexpected way. Moreover, fans are waiting for such revelations since the show ended. Life In Pieces Season 4 will be way more complicated and comic than ever.

Life In Pieces Season 4: Joey King As The Guest Star

According to TVLine, popular actress Joey King has been cast in a recurring guest star role on the show. The actress has already starred in famous movies such as The Kissing Booth. Life In Pieces already stars Joey’s real-life sister, Hunter King. Hunter plays Clementine on the sitcom.

Joey is expected to pay the role of a 17-year-old pregnant girl Morgan. She plans to hand over her baby to adoptive parents Colleen (Angelique Cabral) and Matt (Thomas Sadoski). Joey’s fans are incredibly excited after the news forged on social media.

The fourth season of the comedy will start with two episodes. Both the episodes will release at 8:30 pm and 9:30 pm on April 18, 2019. After the first two episodes, the time slot will then shift to its regular time, similar to all previous seasons. The third episode will air on Thursday, April 25, 2018, at 9:30.
Life In Pieces Season 4 is a sense of relief for all the sitcom lovers. Fans just need to grab some popcorn and let the show bring out some major sarcastic events for the family. Hopefully, the fourth installment will not disappoint the fans’ expectations.