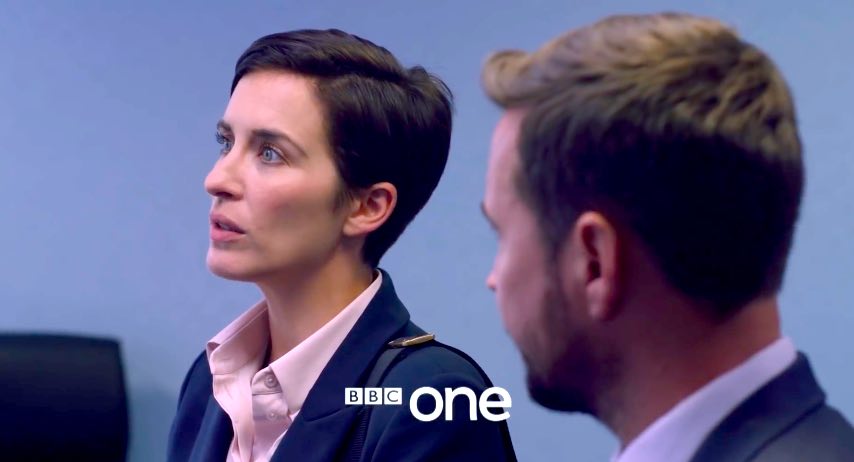 ‘Line Of Duty Season 5’ has concluded its production and will soon be back on BBC. It is BBC’s one of the most popular drama series. After its initial release in 2012, the show managed to gain a loyal fanbase with its gripping plot. It was renewed for the fifth season soon after the conclusion of Season 4.
The show is blessed with much critical acclaim along with an impressive viewership count. The first three seasons of the show premiered on BBC Two, the second flagship channel of BBC. However, the telecast of Line Of Duty Season 4 on BBC One in 2017, doubled the initial number of viewers. The series now holds an essential place in the fan’s hearts.
The story of the police drama revolves around an investigation into the corrupt actions of DCI Tony Gates (Lennie James). The investigation process is led by DC Kate Fleming (Vicky McClure), DS Steve Arnott (Martin Compston) and Superintendent Ted Hastings (Adrian Dunbar). The show is an ensemble of brilliant performances from the cast.

Line Of Duty Season 5: What Will It Be About?

The fourth season of the show ended on a dramatic note. We saw Roz getting sentenced for Ifield’s manslaughter for 10 years. Also, Lakewell pleading guilty was climatic. While Michael Farmer was released without charge, Hastings remains in custody of AC-12.
The story of the next season will focus on AC-12 struggling to eradicate even larger and more complex police corruption. It will unravel the changed lives of the characters, especially Hastings. The new season will be much more mysterious than ever.

Actor Martin Compston who plays Steve Arnott on the show reveals that Season 5 will be ‘immense.’ As per a report by RadioTimes, he also adds that the new episodes will be ‘new fresh territory.’ Fans of the series are very excited to see how immense can Line Of Duty Season 5 be.

As per the reports, popular actor Stephen Graham will join the cast of the fifth season. The producers of the show are glad to have him as a cast member and have an exciting part for him to play. He will play the role of John Corbett. John is the leader of the mysterious Balaclava Men, who’s been committing a string of brutal crimes. The character is also responsible for an attack on DS Arnott.
Moreover, the cast of the new season will also have Rochenda Sandall. The actress will play the essential role, Lisa McQueen. Bloomfield Welch announces the news on their official Instagram account.

Unfortunately, actress Vicky McClure who plays DC Kate Fleming on the show may leave soon. Speaking to Red Magazine, she reveals that the new season will shock the audience. What worries fans is that she always wonders if she will die in the next season. The fifth season will unfold if Kate will meet her fate or not.

Line Of Duty Season 5: Is There A Trailer?

Yes, the trailer of the fifth season is already up. The new trailer is outstanding, and hints of something more complex is coming up in the next season.

A teaser forth has already been uploaded. A short teaser was posted on BBC One’s official Twitter account back in September 2018.

The new season of the show will soon return on BBC One. The lead actor Martin Compston hints the premiere of the series in an appearance on Lorraine. He teases that Line Of Duty Season 5 may soon release in April 2019.

.@martin_compston sent #LineOfDuty fans into a frenzy when he reunited with Dot Cottan actor Craig Parkinson… so we could we be seeing him in the new series? #Lorraine pic.twitter.com/faJBq7sUtu

Line Of Duty is a potential show with an amazing ensemble cast. Critics appreciate the series for its direction and writing. Moreover, the police drama is already renewed of the sixth season. It will go into production after the conclusion of Line Of Duty Season 5.