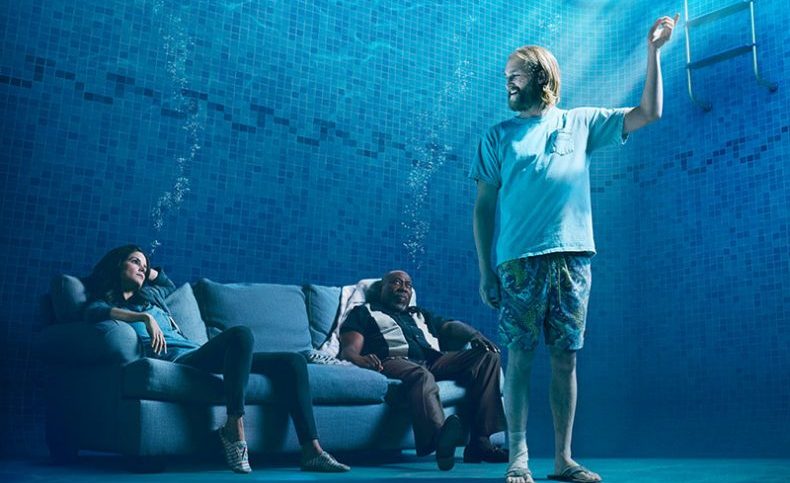 Lodge 49 Season 2: Trailer Is Out, Release Date & The Big Premiere

The fans should get ready for another laughter ride. AMC renewed their favorite sitcom for a second season. Lodge 49 Season 2 will soon be on our screens to delight us. The show received several praises from the critics and the fans. It had a smooth journey on television that could prove to be quite rewarding for viewers who stick with it.
The series is about a modern tale set in Long Beach, California. It is about a disarmingly cheerful local ex-surfer, Dud (Wyatt Russell), who moves towards another direction after the demise of his father and fall of the family pool business. In the first season, Dud joins a fraternal organization known as the Lynx, and all the middle-aged plumbing salesman and Ernie (Brent Jennings) welcome him. Dud hopes the Lodge can put him on the recovery path to the comfortable life he has lost.

In the previous season finale, the fans saw Dud getting bitten by a shark during surfing, but local surfers rescue him. So the fans would be wondering what change the accident will bring to his life.

Lodge 49 Season 2: Trailer Is Out & It Looks More Interesting

Lodge 49 Season 2 will arrive soon, and the AMC network has released a new trailer that implies the show will still be as unusual and delightful as ever. The new trailer continues to throw hints of the show’s fable-like nature, and ways in which it intimates on how fate guides the characters. This time, though, it looks as if Dud’s fellow members, including Ernie Fontaine and Blaise St. John will communicate a lot with him and even with his sister, Liz. Then there is Cheech Marin, who suitably brings a distinct comedy legacy to the show.

There is a welcoming change in both scenery and tone in the second season. Fans would appreciate it for the quirky comedy that also delivers surprisingly dramatic story arcs, concerning the unusual characters. Wyatt Russell returns for his role as Dud, who looks to heal himself in many ways. With the help of his sister Liz (Sonya Cassidy), he manages to stay afloat and out of trouble, while trying to maintain his late father’s legacy.

Lodge 49 Season 2: A New Host For The Premiere

The Paley Center for Media in Beverly Hills stated this week about the final selection for its PaleyLive LA summer season: An Evening in Lodge 49: Season Two Premiere. The program will take place on Thursday, 1 August, at 7 PM. at the Paley Center in Beverly Hills.
Maureen J. Reidy, the Paley Center’s President & CEO, told that the show, after its first season, immediately captivated television audiences. He said he feels very excited to host the season two premiere of this groundbreaking show at the Paley Center. The center would do their best to make the cast and creative team feel welcomed. And it would be a pleasure working with the team for such a huge premiere.

AMC announced that Lodge 49 Season 2 would premiere on 12 August this year. It is difficult to find a show like this anywhere else on TV. The combination of family drama, a mystical journey through far-away places of Southern California, and bureaucracy-based mystery have attracted the fans to a large extent. So it will be fascinating to experience the jolly humor once again.