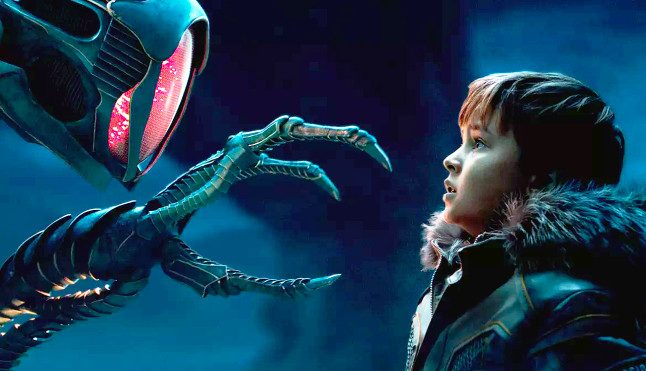 Lost In Space is one of the most binge-watched shows if Netflix. The reboot of the classic Lost In Space is also returning for Lost In Space Season 2 on the streaming giant. Because of its worldwide popularity, the show got renewed just one month after the debut of the series.
The show is a reboot of 1965 science fiction series of the same name. The show follows Robinsons, a family of space colonists picked for an interstellar mission. The family comprises Maureen (Molly Parker) and John Robinson (Toby Stephens), along with their three children Will (Maxwell Jenkins), Judy (Taylor Russell), and Penny (Mina Sundwall).

Surprisingly Yes…!!! A novel based on Lost In Space series has recently popped up for pre-order on Amazon. In the description, there has been a serious leak for the release date of the second season. According to that, the second season will likely coincide with the release of the book referring as Lost In Space Novel#1. Though the description was removed from the Amazon post later.
The statement is as follows:
“Timed to coincide with the debut of season 2, this novel is based on Netflix’s Lost in Space: a dramatic, modern re-imagining of the classic 1960’s science fiction series.”

Though Netflix denied the above speculation about the release. According to them, the release date of the book is not reflective of the release date for season 2, which has not yet been set, nor announced. It seems like a damn huge mistake, though gave the audience some idea about the arrival of the next season.

What Will Happen in Lost In Space Season 2?

The first season of the show left the audience at a major cliffhanger. The entire family was ignorantly thrown in a new galaxy. Meanwhile, the extra passengers, namely Dr. Smith, was approaching the Resolute. Also Jupiter 2, the alien engine of their ship went haywire and sent them into a wormhole.

The new galaxy, where the entire Robinson family has landed, emerged the one from where the robot came from. As Will Robinson recalls the galaxy resembling a drawing the robot had done earlier in the season. The sequel will see Robinson’s exploring the new galaxy and trying to reconnect with the Resolute.
Netflix has not announced an official release date for the second season. However, looking through the mistakenly leaked release date, the show would likely premiere in November 2019. Till then stay tuned for updates on Lost In Space Season 2.