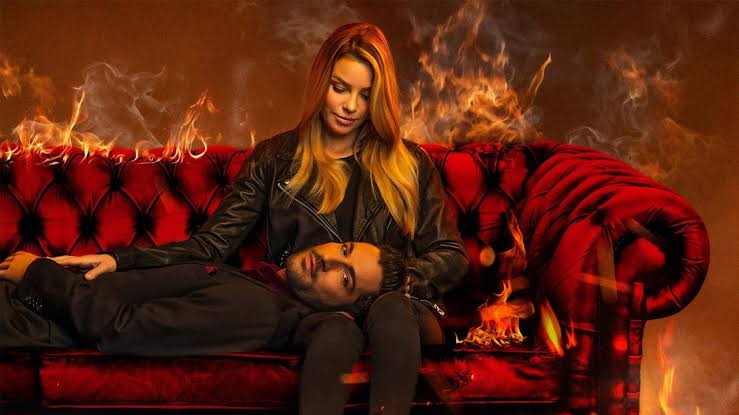 Lucifer Season 5: Spoilers, When Will The Devil Return? Two-Part Season

Netflix’s Lucifer Season 4 released a few months ago. It ended with Lucifer returning to the hell. An emotional ending! Then fans demanded one more. And after the release of the 4th season in May 2019, the good news of renewal came in June 2019. Here’s what can we expect with Lucifer Season 5.

When Is the Production Starting?

In an announcement by Netflix, the shooting started in September 2019. Netflix, in a statement, said that they are thrilled to see how fans are embracing Lucifer. And they can’t wait to give them a finish. The whole cast was present when at the time of the announcement. Earlier, the news of pack up with the four-season reported, but then the production decided to take it with one more season.

Lucifer, whose role was played by Tom Ellis, has a beautiful season coming ahead. To keep humanity, Lucifer placed himself back in hell. Also, to save Chloe Decker. He certainly will go back to Earth, but the odds seem against him. Fans are wondering how the devil will come back to Earth, and what causes him to do so. There is a clue that he may occur for a little time that viewers don’t expect. Also, it revealed that Lucifer’s mother would return in the final season of the show. She was seen in Season 2 and was sent into the void by the titular character.

By the end of Season 4 of Lucifer, Eve departed. But it seems like her story is not over yet. Predictions say that the return of Eve is possible, and she will come back to complete her unfinished story. Throughout the season, she made amends to the errors arising in her ways. She is gone to find herself and may come back in the future.

The Upcoming Season Will Release In Two Parts

The Lucifer Season 5 is confirmed to come. It also confirmed that the season would premiere into two halves. The season will consist of sixteen episodes, airing in two halves. The fans don’t have any problem with that because, for them, it will be a kind of two different seasons. Spoilers have not yet talked about the break between the two splits, but according to anticipations, there will be a gap of not more than six to eight months. It can be not too difficult for the fans.

Lucifer Season 5 Spoilers: What Fans Have Seen So Far?

Season 4 of the Lucifer ended with his return back to hell to save the Earth and Chloe. In the last episode of Lucifer Season 4, fans saw Lucifer and Chloe expressing their for love each other. We have also heard Lucifer saying that Eve was never his first love. Chloe, throughout the season, was struggling with the fact that Lucifer has a demonic side. Lucifer, however, didn’t intend to go back home. And the episode ended with the lovers’ goodbye. A heartbreaking one!

It won’t be the show without Tom Ellis. Indeed, we can’t expect the devil world handsome without him. We can’t say anymore. The release date is also not announced yet. But the predictions say that it may premiere in late 2020. For more updates please stay tuned with us!