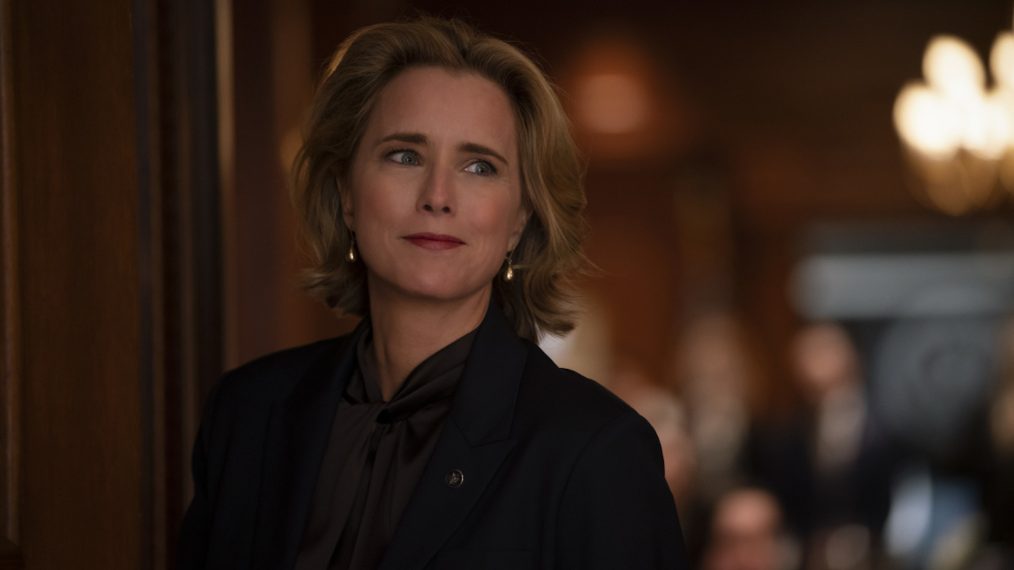 Madam Secretary Season 6 is just a month away from its premiere. The audience is in dire wait to see Elizabeth McCord (Tea Leoni) back in business. However, this time, she has become the first female President of the United States of America. The show got renewal for its next and reportedly, the last 10-episodes queue back in May 2019, after a month of its fifth season.
Madam Secretary is a political drama series of CBS, created by Barbara Hall. The show revolves around Elizabeth McCord (Tea Leoni), a former CIA analyst and political science professor turned Secretary of State. Madam Secretary debuted in September 2014. Its fans and the critics have positively received the series all along its run. However, Season 5 saw a small decrease in its viewership though that did not stop CBS from renewing the series for another term.


Prison Break and Arrowverse alum Wentworth Miller will feature in the upcoming final run of Madam Secretary. He will play the recurring role of Mark Hanson, a ruthless politician who has this feeling of dislike for Elizabeth McCord. He hates the fact that she has become the elected president. Hanson is a chairman of the Senate Intelligence Committee.
Also, Michael Patrick Thornton (Private Practice) will play Captain Evan Moore. Moore is an Army veteran and now the chief of staff to First Gentleman Henry McCord (Tim Daly). Although he is now in a wheelchair after an encounter with an IED on his fourth tour. Not just this, the audience will see more of Kevin Rahm as he got promoted to the series regular on the show, for the swan song.

It seems that Season 6 will witness quite a lot of changes in its characters list. Previously, it was revealed that stars Keith Carradine, Sara Ramirez, Sebastian Arcelus, Geoffrey Arend, Kathrine Herzer, and Evan Roe would no longer continue as the series regular in Madam Secretary Season 6.

Now, Elizabeth has to do all the chores of the President. In the upcoming season, She will throw the first pitch at the real Indians vs. Mets game at New York’s Citi Field. Actress Tea Leoni also shared her experience about that scene. In an interview with TVLine next day, Leoni confessed that it had been the second most terrifying day of her professional life. As she stated, she would rather have a root canal, naked, in Grand Central, than throwing that pitch.
Talking about the pitch, Leoni confronted that she threw this great, like, not a strike, but damn near, from the mound. She also said that it was very important for her as being the first female president. This baseball scenario will appear in the second episode of the sixth season.

The audience will witness a significant time-gap in the upcoming season of the show. It will skip the entire Elizabeth’s presidential campaign and election. Moreover, the premiere of Season 6 will feature the former secretary of state completing her hundred days as the President of the United States of America.


As per the show’s producers, the upcoming season is going to look quite different than the previous ones. Also, executive producer barbara Hall told TVLine about season six that it was like launching a new series. There will be new sets , and new challenges, that will delve the audience more in-depth in the sixth season.

The Final Season Madam Secretary Season 6 is scheduled to return on CBS on October 6, 2019. At the time of renewal, the network also renewed SEAL Team, S.W.A.T., Bull, Hawaii-Five-O, and MacGyver, and magazine shows 60 Minutes and 48 Hours along with Madame Secretary. The audience is waiting to see how Elizabeth take over all the stress and situations as the President of the United States of America.