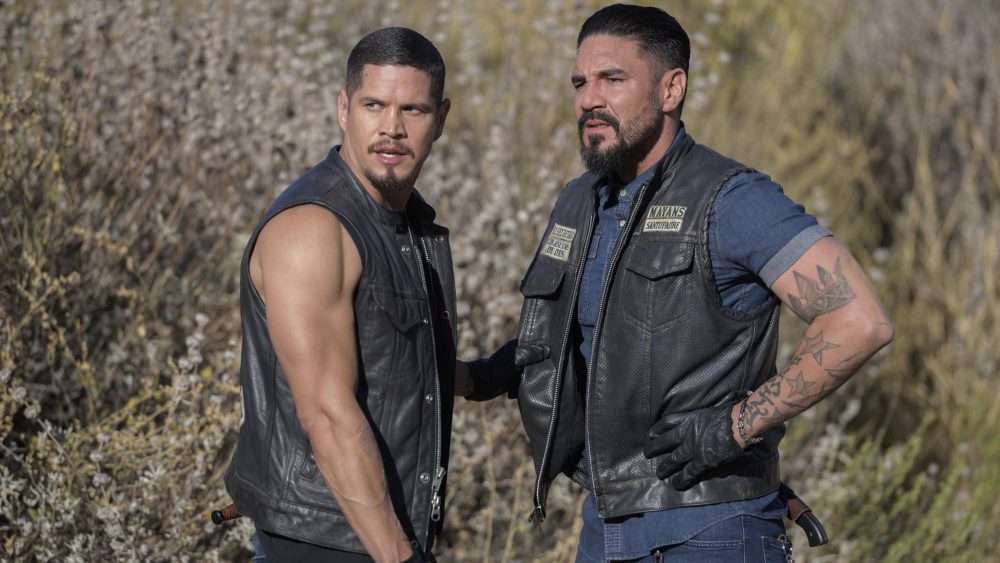 Ahead of the finale episode of American Drama Series Mayans MC season 2, The series is now renewed for Mayans MC Season 3 by FX Here’s everything the fans can expect for the upcoming season.
Produced by Elgin James and Kurt Stutter, Mayans M.C. is the upcoming chapter in the Sons of Anarchy Saga. Adapted in a post-Jax teller background, “E.Z.” Reyes, portrayed by JD Pardo, is a candidate in the Mayans MC shot on the California-Mexico border. Reyes is trying to reunite with his brother Angel, played by Clayton Cardenas. Meanwhile, he is also searching for the cause of their mother’s death.

In the meantime, their father, played by Edward James Olmos, is trying to lead his sons on the right path.


The final episode of Mayans MC season 2 was pretty shocking. The episode starts with the Mayans seeking revenge following a sudden attack on their motorcycle club. EZ finally got his full patch and became a Mayans MC member. Emily (Sarah Bolger) and Miguel (Danny Pino) discover a message from Dita (Ada Maris) and later to that, find her body. The Mayans reach the birthday party they had mentioned earlier and kill everyone present in the party.
In the closing scene of the final season, The Mayans Gang tower over a body. Who was it was not revealed to the audience, making it a cliffhanger! Mayans’ reactions although indicated it not to be a piece of very good news. More can be revealed about this in the Mayans MC Season 3.
Moreover, with the addition of a new family member in Clayton’s family, the third season could also show more of it and how his decisions and life changes. Will he join the MC club? What path will Clayton’s and EZ’s relationship take?
We’ll find out soon.

Mayans MC Season 3: Elgin To Be The New Showrunner

Mayans was one of the most-watched shows in 2018, and the second season for the show performed well too. Hence, the renewal of the third season was not a big surprise.
After the exit of co-creator Kurt Sutter last month, The production company FX confirmed that executive director and Co-Creator Elgin James would be Showrunner for Mayans MC Season 3.

Nick Grad, The President of Original Programming at FX Entertainment, expressed his happiness about the revival of the show. “We’re he delighted,” he said. Elgin James has earned the chance to be the showrunner for Mayans MC Season 3, He added. Elgin has given life to the character of the series. He has been very important in the success of the series (Mayans MC), Acknowledging his experience and vision with the creative team, crew, and the incredible cast he seemed a perfect choice. The director further expressed.
Even after the apparent hostility between FX and Sutter, Fox 21 president Bret Salke and Grad seem to have nothing but all the good things to speak about the ex-showrunner, Sutter.

Keeping the series healthy and Vibrant are the priorities for FX productions and FOX 21 television studios, Salke Commented in the press release.

In an interview with Deadline, Kurt Sutter addressed his hopes for a possible Season 3 of Mayans. Sutter, in the same interview, expressed that he thinks that the show will be better off without him. The main job for Elgin will be to stabilize the show. He has to build an environment where everyone, including the cast and the crew, can feel safe and confident about the work. He suggested Elgin to bend but not to break. I have an economic interest, so I am rooting for the show. I hope it is a hit, Sutter explained. This show has better chances and potential to be a hit than Sons of Anarchy, the ex-showrunner said.

The Cast Shared The Happy News

The Cast Shared the news of show renewal on their social media. Top of the list were the main leads JD Prado, who posted a picture on Instagram.
https://www.instagram.com/p/B4d1iSEgiaK/?utm_source=ig_web_copy_link
Clayton Cardenas also sharing the news thanking fans for making everything possible.

Kudos to the happy news.
Michael Irby, Raoul Max Trujillo, Danny Pino, Sarah Bolger, Emilio Rivera, and Antonio Jaramillo are undoubtedly coming back for the third season.
The series will hit the screens in the fall of 2020. The anticipation is high among the fans. What do you think could happen in the show? Tell us in the comments section and stay tuned for Mayans MC Season 3 updates..