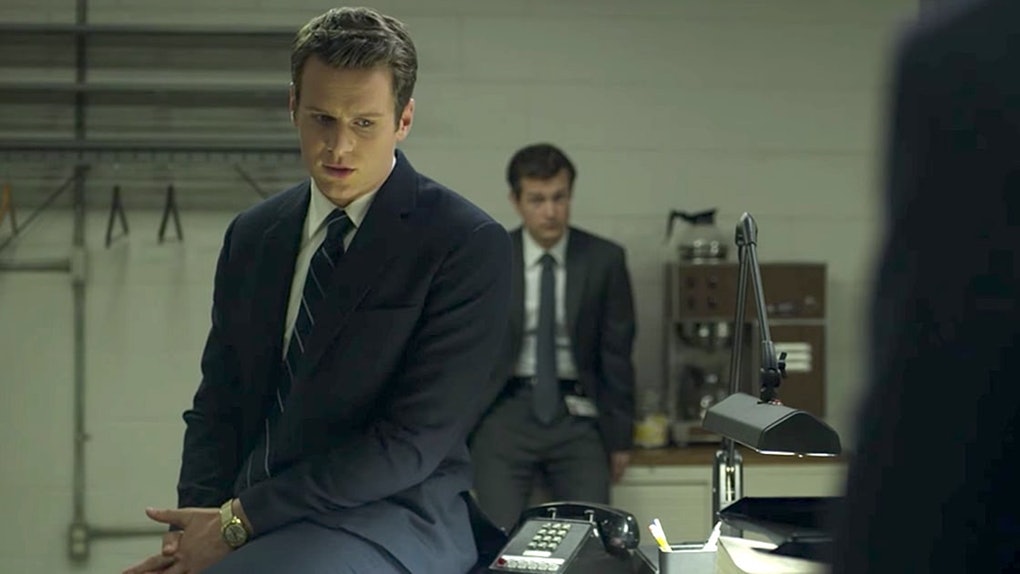 Behavior reflects the personality, the crime drama series is renewed for ‘Mindhunter Season 2.’ The series did wonders with its premiere in October 2017 on Netflix. From then, everyone has been eager to know the updates about its second installment.
The series’ investigatory and deductive tone for understanding the criminal minds makes it stand out of any similar show. It has brought a massive success for media giant – Netflix, thus, It is one of the most anticipated shows of the company.
Mindhunter follows the work of Holden Ford (Jonathan Groff) and Bill Tench (Holt McCallany), two agents. They work for the bureau’s Behavioral Sciences unit as they try to discern patterns in criminal behavior. They do so by questioning imprisoned serial killers.
What will happen in Mindhunter Season 2? Who will feature in it? What Cameron Britton said about the plot of Season 2? When will it premiere? Here’s all you need to know about the show –

What Will Be The Focus Of Mindhunter Season 2?

Mindhunter loosely follows a crime book from Mark Olshaker and John E. Douglas named – Mind Hunter: Inside the FBI’s Elite Serial Crime Unit.
Previously the series has covered many cases like of Ed Kemper, Jerry Brudos, Montie Rissell, and Richard Speck. The show also featured a bit on Dennis Rader, aka BTK. For Mindhunter Season 2, it’s out and clear that the series will cover the Atlanta Child Murders.
The news came from the show’s composer Jason Hill. Hill during an interview with Billboard told that the new season will examine the series of crimes now kenned as the Atlanta Child Murders. The casting call further confirmed this, as children were picked for Season 2.
Speculations of Season 2 exploring the Charles Manson case has also surfaced. The pop culture blog called The Hashtag Show reported that a few unnamed actors are cast as actors as Charles Manson and Tex Watson. Collider also listed that Damon Harriman will feature in Mindhunter Season 2 as Charles Manson. Collider also mentioned that the actor had wrapped his scenes as Manson in Mindhunter in July.

What Cameron Britton Said About His Role In Season 2?

In the finale of Season 1, we saw Cameron Britton’s character Ed Kemper, who is a serial killer, giving a hug to agent Holden Ford. Well, the scenario builds up in a manner which indicated that Kemper was trying to kill Ford. Although, that didn’t happen. Ford was able to get away from Kemper. Moreover, Ford also realized how hazardous the situation was.
After this scene, a lot of discussions has occurred over Ed’s true intentions. Finally, Cameron Britton comes to the rescue and clears the dilemma, sort of! Britton told Inverse in an interview that the thing about Ed is that you never really know where he is coming from. That is the point he is trying to share with Holden, and, I guess, attempting to share it with the viewers as well.
On the question of whether he will return for Season 2, Britton declined to disclose anything. So whether the elegantly notorious serial killer will return or not, is still a mystery.

Well, the whole production work was kept under wraps. There was very little information that sneak out. However, according to reports, the filming for Season 2 is finished. Although, Netflix has yet not revealed any premiere date for the series. However, we can expect the series returning in the mid-quarters of 2019.