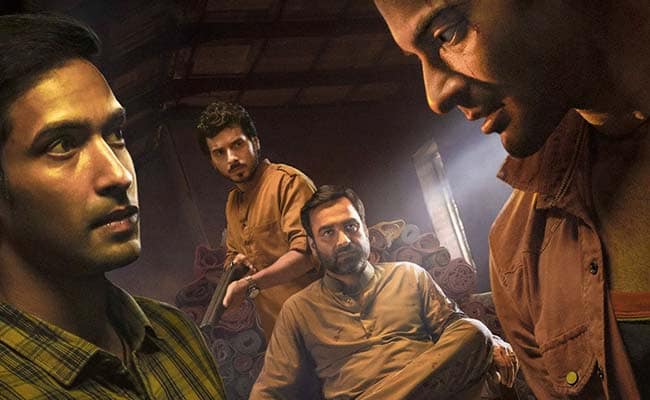 One of the most anticipated Indian shows, Mirzapur, is all set to have its second run on Amazon Prime. Mirzapur Season 2 will be the next installment of Indian crime drama on the streaming service. The fans are longing to have the next run as soon as possible. And just yesterday only, some big news regarding the sophomore run of the series came in. Let’s have a look.
The series revolves around the drugs, crime, and lawlessness in a place called Mirzapur. The show unravels the putrescence, governance, and rule of mafia dons and the rivalry and corruption prevailing in the Purvanchal region of Uttar Pradesh, India. Mirzapur also received various nominations, including iReel Awards for Best Drama Series and more.

On the auspicious one-year anniversary of the debut season of Mirzapur, Amazon Prime dropped the first look teaser for the second season of the much-awaited series. On this day last year, November 18, 2018, Mirzapur debuted on the streaming service.

Although the teaser did not reveal much, it started with a voiceover by Pankaj Tripathi, who plays Kaleen Bhaiya, saying, “Jo aaya hai woh jayega bhi. Bas marzi hamaari hogi.” Meanwhile, the camera runs over the visuals of pyres burning over the bank of the river. Maybe they were of Bablu (Vikrant Messey) and Sweety (Shriya Pilgaonkar), who died by the end of the first season.
The teaser then shifted to that iconic throne of Mirzapur on which Kaleen Bhaiya is sitting. And the voice-over adds “Mirzapur ke chahne walon, salgirah mubaarak ho.”

With the teaser, another big surprise came for the fans. The teaser also brought the much-famous star from Mirzapur, Pankaj Tripathi, on Instagram. The 43-year old actor posted the teaser itself as his first post on the social-media, captioned, “#HappyBirthdayMirzapur #MirzapurS2 @primevideoin @yehhaimirzapur @excelmovies (sic).”
The arrival of Pankaj Tripathi on Instagram created a lot of buzz. His massive fan base started welcoming the star in the comment section itself. They also used actor’s various character names to greet him, like Kaleen Bhaiya from Mirzapur, Guruji from Sacred Games, and more.

The end of the first season was very thrilling and yet emotional. Season one left with Golu (Shweta Tripathi), Guddu (Ali Fazal), and Dimpy (Harshita Gaur), escaping the wedding where all massacre happened. Munna (Divyendu Sharma) was all fiery, with a gun in his hand, ready to kill everyone coming in his way.


The second season will pick up from the cliffhanging end of the first season. Guddu will try his best to avenge his wife and brother’s death by taking over Munna. Meanwhile, Kaleen Bhaiya will put in everything to save his son Munna and also keeping intact his position as the King of Mirzapur.

The trailer only revealed the release schedule for the sophomore run of Mirzapur. Mirzapur Season 2 is scheduled to be out in 2020. However, an official release date is yet to be confirmed by Amazon Prime. For more updates on Mirzapur Season 2, stay tuned.