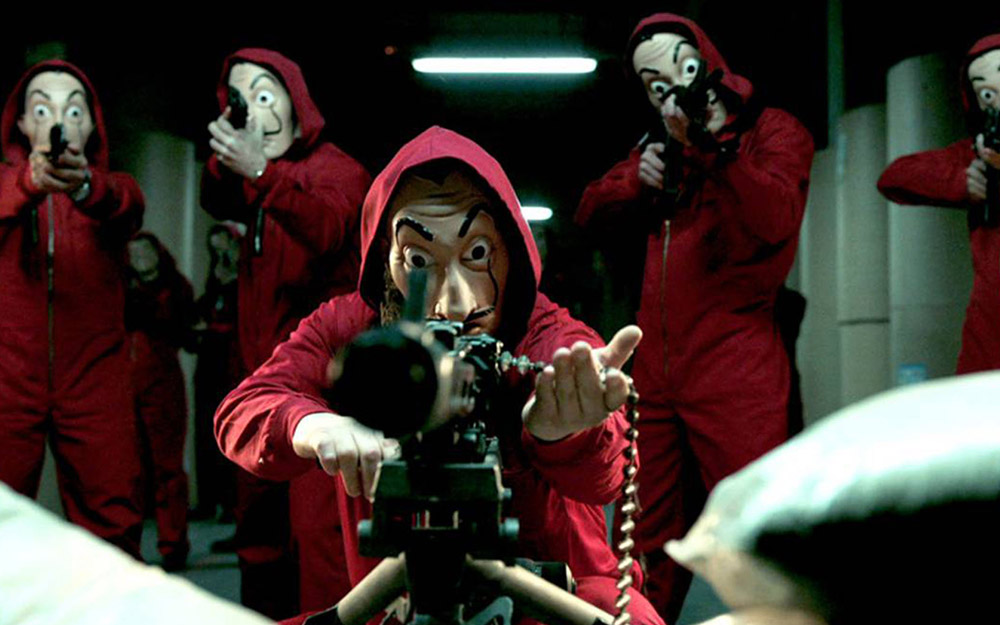 Season 3 of Money Heist just landed on Netflix last month and became the world sensation. However, bigger news recently came in. Only after a month of the premiere, the production for Money Heist Season 4 completed. Its seems like the showrunners don’t want to make their fans to wait. And therefore they immediately started working on next run after finishing the third season.
The first two seasons of Money Heist premiered on Spanish Network Antenna 3. However, in late 2017, Netflix put in more effort on the series and re-released the show worldwide. The show is amazingly succeeding to bring in the audience from all around the world.
The third season of Money Heist turned in to be one of the most popular outings of Netflix. Season 3 averaged over 34 million views in its first week only. As per Forbes, it also marked as the most popular foreign language show of Netflix in 2018. Money Heist became an instant hit just as Netflix picked up the show to air globally. Not just this, with the premiere of the third season, Money Heist broke the eight weeks record of Stranger Things and became the most viewed show of Netflix.

This happens almost never. The third season of Money Heist (Spanish series La Casa De Papel) released recently in July 2019. And as per reports, the series also finished the production work for Money Heist Season 4. Also, the lead of the show, Alvaro Morte, who plays Professor, shared his picture in a post from the set of the fourth season. The post also revealed that the filming work has completed.

The Professor and the team were not in a good place by the end of the third season. They are stuck inside the bank they were going to rob. Now the question is, how they will come out of the bank? and what will happen to them? These are some questions that make the audience want more of Money Heist Season 4.

Though one thing is clear, that Tokyo or Silene Oliveira (played by Ursula Corbero) would do something again that will crash everything. Her constant need for power and being in control led to the failure of the entire team, and not just once. She was the reason for the demise of Moscow. And because of her only, the team did not plan much well and hushed for the robbery. Therefore, it seems like Tokyo would again do something destructive for the team.

The production work was completed for the fourth season. Therefore, the audience won’t need to wait much for the Professor and the team. As creator Alex Pina confirmed in the press release, the fourth season will premiere soon on Netflix, in 2020. However, an official premiere date for Money Heist Season 4 is yet to be announced.