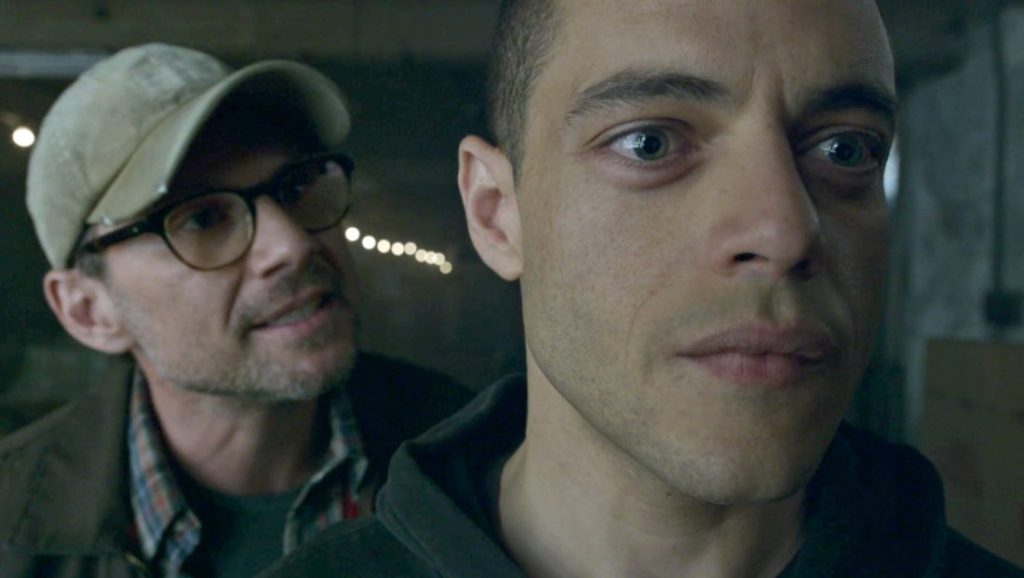 Mr. Robot Season 4: What Rami Malek Has To Say About Last Season?

Oscar winner Rami Malek is soon to return to our screens in Mr. Robot Season 4. Sadly, this season will be the last of the techno-thriller. Since its debut back in 2015, the series is continuously winning our hearts. Fans still wonder if their favorite can have another chance.
Along with the fans, Mr. Robot impressed the critics as well. Nobody wants the show to end so soon. However, Sam Esmail has formed his decision. He confirms that the fourth season is the series finale and now there’s no going back. The script of Season 4 concludes the story. Moreover, the filming for the final installment has already begun.
The story of Mr. Robot revolves around a cybersecurity engineer and hacker. Rami Malek brilliantly plays Elliot Alderson, who has a social anxiety disorder and clinical depression. The plot moves forward as he gets recruited by an insurrectionary anarchist known as “Mr. Robot.” Elliot’s life begins to have countless twists and turns as after the same.

The actor says that he believes in Sam Esmail and respects his decision to end the show. He also adds that the new season is very impactful and emotional. Fans were satisfied to hear that Malek loves the script of the finale.
He adds that bidding farewell to this show is not easy for him. However, he says that he will try to enjoy the journey as long as he can. Malek reveals that the season will have an extremely climatic ending.

As per the current status, there are no major alterations in the ensemble cast. Mr. Robot Season 4 will bring back all our favorite characters from the show. The regular cast which includes, Rami Malek, Carly Chaikin and Christian Slater will be back. However, the new and final installment may consist of a few more new actors.
As per the post-credits sequence of the previous season, we may expect the return of a seen face. Actor Elliot Villar may return to Mr. Robot Season 4. He may revive his role as Fernando Vera, who Elliot Alderson helped to get out of the jail in Season 3. The evil character murdered Elliot’s girlfriend, Shayla.
Actor Bobby Cannavale may also reprise his role as Irving. The character was introduced in Season 3. However, his fate is yet not clear to the fans. Though, Esmail wishes to bring him back. Hence, if possible, we may get to see him again in Mr. Robot Season 4.

The third season of the series premiered back in October 2017. A fourth season was soon renewed in December 2017. The series finale season is in production since November 2018 and is still ongoing. Hence, the show may take time to air.

Although, Season 4 is destined to release in 2019. We may expect it to premiere by the fall of this year. However, the USA Network is yet to declare a firm air date.
Mr. Robot had received much appreciation since its initial release back in 2015. It gathers much critical acclaim over the years and successfully becomes a fan favorite. Admirers now have high expectations as this is the final season of the show. We hope that the series finale is as charming and intense as the previous ones.