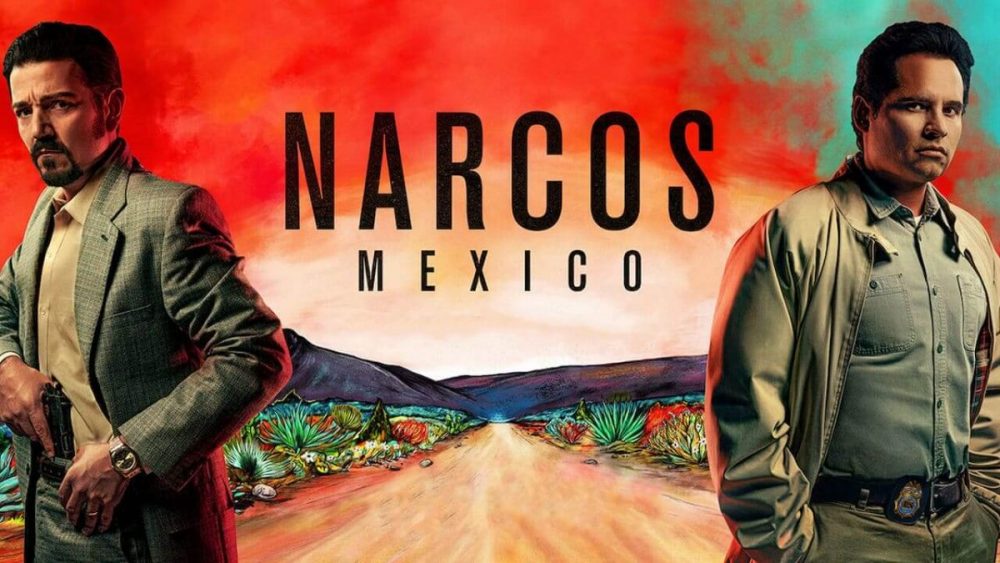 The second season of the world-famous crime drama show will soon release. Narcos Mexico Season 2 is given the green light, and it will promptly return to our screens. The show was initially expected to be the fourth installment of the original series, Narcos. However, the showrunners later decided to develop this as a companion series instead.
Initially premiered in November 2018, Narcos Mexico became a classic return for the extensive original series. It was renewed for Season 2 back in December 2018, soon after its debut. Besides, similar to Narcos, it focuses on the illegal drug trade. However, it is based in Mexico unlike the former which was set in Colombia.
Moreover, the show focuses on the real-life narco Felix Gallardo, played by Diego Luna. The former Sinaloan police officer later turns into the drug lord in Mexico. It also features Michael Peña as Kiki Camarena. Kiki is an undercover DEA agent tasked to take Felix sown.
Audiences loved the performances and the cat and mouse game between the two main characters. The show is a commercial success and is also critically acclaimed.

As per the reports, Narcos Mexico Season 2 will get deeper into the plot with many more confusing twists. It may be darker than the first season. Moreover, the new installment may overlap with the original Narcos series. Although, all the speculations are yet to be confirmed by Netflix.

Narcos Mexico Season 2: What Will Happen?

The finale of Season 1 was fiery and aggravating. The conflict between Camarena and Gallardo eventually leads to Camarena’s murder. Although he ultimately becomes the trigger to the drug wars. The cold war between the leads ends bitter and untidy.
The end of the first season also reveals the real identity of the show’s narrator. Actor Scoot McNairy plays a significant role. As Agent Walt Breslin, Scoot is the in charge of Operation Layenda. He will seek revenge from the ones who killed Kiki. The new season will continue the initial plot and will focus on the new story arc.

As per the finale of the first season, it is right to expect that Season 2 will bring back Felix Gallardo. However, Michael Peña’s return as Kiki is practically not possible. Though we may expect him to appear in several flashbacks. Hence, the new season may miss Kiki Camarena.
We may see Scoot McNairy in the next season. He will play the DEA Agent Walt Breslin. Moreover, Teresa Ruiz will play Felix’s girlfriend, Isabella Bautista. Also, Tenoch Huerta will be playing the role of Rafael Cara Quintero.

Netflix is yet to define an exact release date for the popular show. However, as the debut season aired in November last year, we may expect Season 2 to premiere by November 2019.
https://www.instagram.com/p/BrAqwU_hqvs/?utm_source=ig_web_copy_link
Narcos is famous all over the world. The intense character frames and brilliant film making skills make the show more approachable. The critically acclaimed show will soon return to screens and fans have high expectations from it.