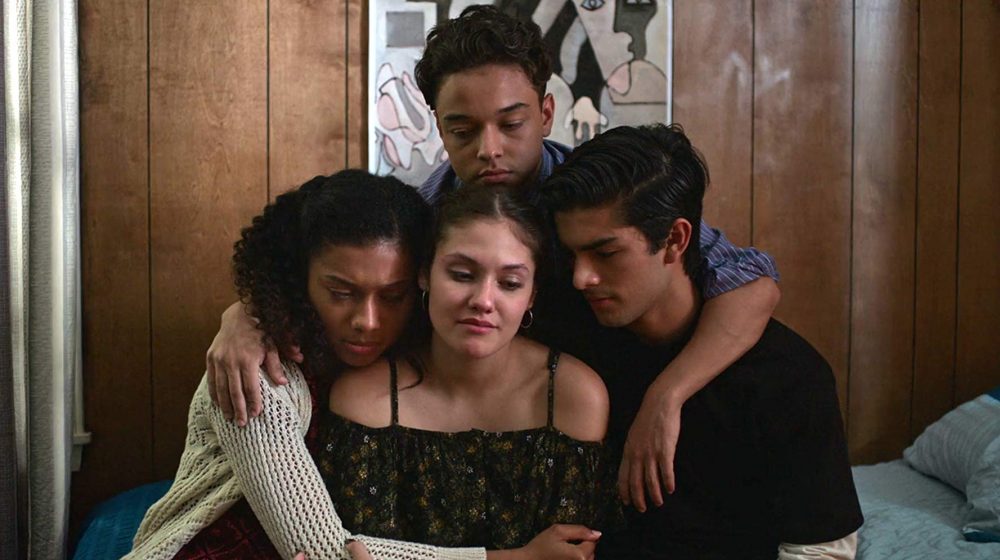 On My Block Season 2: Air Date, Official Trailer & Everything To Know

Netflix’s most-binged show of 2018 is finally returning for its second season. The coming-of-age show was well received by the youth and became one of the most popular shows on Netflix as per the statistics. ‘On My Block Season 2’ got its renewal back in April 2018 and will soon return on the television network.
Creators Lauren Iungerich, Eddie Gonzalez, and Jeremy Haft received loads of appreciation from critics around the world. The show is engaging, and the credit of the same goes to the writing. Moreover, the highly rated show won the auspicious Teen Choice Award of 2018.
The story of the show revolves around the lives of four bright and street-savvy friends struggling to fit in their high school. The group includes – Cesar, Ruby, Monse, Jamal and also Jasmin. Moreover, the show is based in the fictional inner city of Freeridge, California. The dramedy is an intense depiction of the complicated lives that teenagers have today.
Actor Diego Tinoco brilliantly plays Cesar, the seemingly innocent guy who is pulled in to gang life. On the other hand, Sierra Capri as Monse, Brett Gray as Jamal and Jessica Marie Garcia as Jasmin have received an immense amount of love from fans. The first season did not end well for Ruby (Jason Genao) and Olivia (Ronni Hawk).

On My Block Season 2: Official Trailer

Yes, the official trailer of our favorite dramedy is finally out. Netflix releases a 3-minute trailer on their official YouTube account.

The streaming also posts the trailer on their official Instagram account. This sent a jolt of joy to all the fans that had been waiting for the series for a year.

On My Block Season 2: Will Ruby And Olivia Survive?

Both the leads were shot at Olivia’s quinceañera. However, the cliffhanger didn’t let us know who survived. The fans were finally expecting a happy ending for the couple after they kissed and had the long-awaited exchange of feelings. Unfortunately, the season finale gave the fans a shot of Ruby and Olivia bleeding out on the floor.

The new trailer didn’t specify if Ruby and Olivia actually survived. However, one of the scenes expresses Ruby’s mother crying over a picture of the couple. While Ruby’s grandma tries to comfort her, fans wonder if she weeps for Ruby or Olivia. Also, since the family was all dressed in black, viewers are still confused if it was Ruby’s funeral.
Also, the ending scene presents us with Ruby laying on a white pillow with his eyes closed. Dressed in a tux, he lays there only to open his eyes at the end. Fans are still wondering if this means that he survived or otherwise. There can be many possibilities for the same, although all of them will be revealed in On My
Block Season 2.
On the other hand, fans assume that the reason for Olivia not being there in the trailer is that she is out of the show. Also, while every other cast member posts the return of the show on their social media handles, Ronni Hawk keeps mum. This gives rise to only one question. Will Olivia survive in On My Block Season 2?

On My Block Season 2: Premiere Date

The show initially premiered in March 2018. Fans have been waiting for Season 2 since a year now. Fortunately, with the release of the official trailer, Netflix also reveals the release date of the show. The series will be available for binge watching on March 29, 2019.
The popular drama series is on the top of the list of most binged Netflix series. The viewership count of the show seemingly includes a huge number of teenagers. Moreover, it succeeds to be incredibly relatable. Fans have high expectations from the next season, and hopefully, On My Block Season 2 will manage to win hearts again.