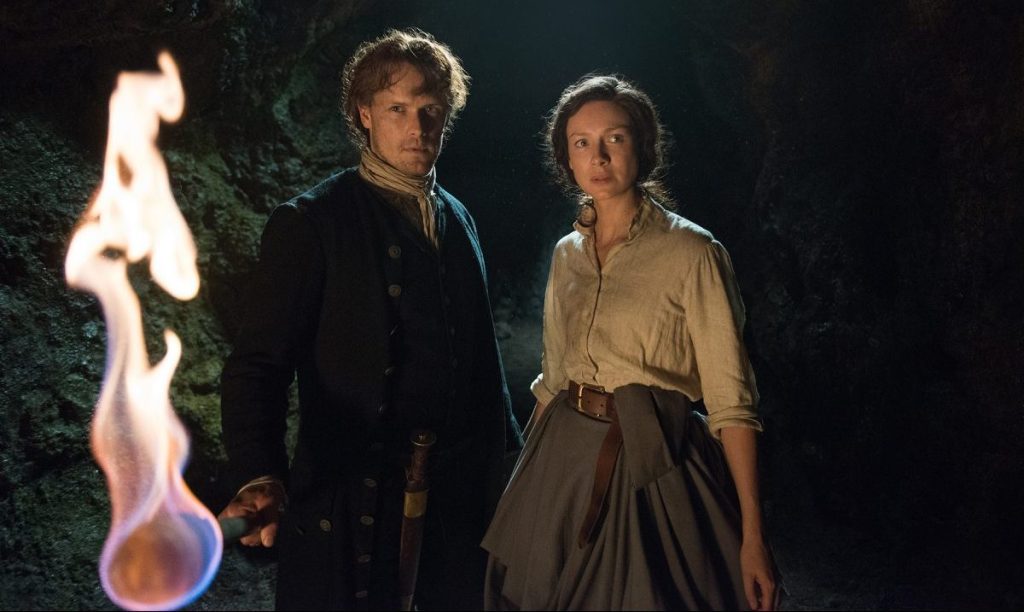 One of the most anticipated shows on Starz is returning soon. ‘Outlander Season 5’ is returning to the television network, and this time it’s getting better. The showrunners have already renewed the time-travel series for Season 5 and 6.
The show inspires its story from author Diana Gabaldon’s series of novels. The book series with the same name is a historical time-travel story with the same name as the TV version. The first season released back in August 2014. It became an instant hit due to Jamie and Claire’s steamy chemistry.
Fans love the leads and expect to see more of them on screen. This leads to the extension of the show till its sixth season. Outlander receives strong reviews and ratings since its release. Critics around the globe acknowledge the show.
The story of the show revolves around the couple, Jamie and Claire. Claire (Caitriona Balfe), a former World War II nurse in 1946 is carried back in time to the 18th century. She struggles to adjust to the new world. Meanwhile, Scottish Highlanders from Clan MacKenzie capture her. Due to circumstances, she marries a Highlander Jamie (Sam Heughan). The story follows the ups and downs the couple goes through.

The productions for the show have officially begun. The news was announced on the cast members’ social media accounts. Moreover, pictures and posts about the filming have been out. Actress Lauren Lyle who plays Marsali on the series recently shares the news via an Instagram story.
Caitriona Balfe also shares an Instagram story while having fun with the cast of the show. The story teases the followers that the filming for the new season has begun.

Fans have been upset about the lack of screen time for the lead couple. Many followers express that they miss Jamie and Claire’s on-screen chemistry. The reason behind the same was the introduction of new characters. The fourth season got overwhelmed with the newcomers and suppressed the couple’s presence.

The co-executive producer Maril Davis, assures the fans that the new season will have more screen presence for the leads. She justifies that their chemistry had to look organic. Moreover, they cannot force their screen time if the storyline resists it. Hence, she confirms that the plot of the upcoming season focuses on Jamie and Claire’s chemistry.

Yes, Sam Heughan and Caitriona are promoted as the producers of the show. The duo now has more prominent roles to play for the series. The actors express their happiness as this shows that Starz trusts them a lot. Moreover, their co-stars have also appreciated them for the huge opportunity.

The productions of the show have just begun. After months of filming, the new season will go under post-production for a while. The upcoming installment is not expected sooner this year. According to speculations, Outlander Season 5 may release by early 2020.
The historical time-travel show is one of the finest shows on the television network. Starz has faith that the upcoming seasons will do wonders for the production. Hopefully, the new season will not fail to fulfil fans’ expectations.