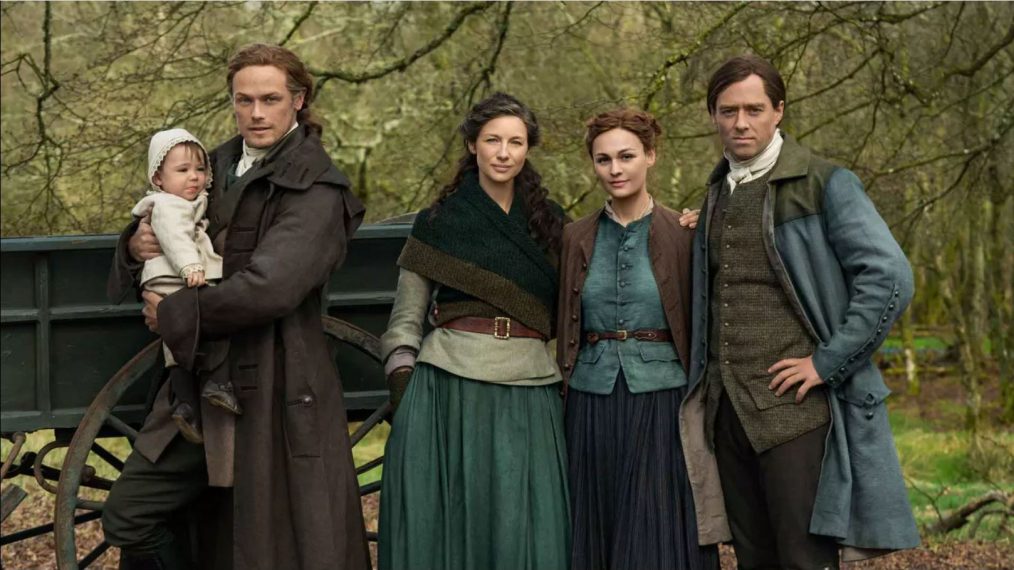 Outlander, a show adapted from Diana Gabaldon’s book, got huge appreciation from its viewers and is now set for Outlander Season 5. It’s lead actress Caitriona Balfe had even received a BAFTA Award for Best Actress in the year 2017. The fourth season of the show ended in January 2019, and Sony Pictures renewed it for two more seasons.
The show has its concept based on time-travel where Claire Randall, a world war II nurse, is transported to 18th century Scotland, where she finds herself struggling with Jacobite rebellions. There she meets Jamie Fraser and marries him, after which they tackle the difficult situations together.

The viewers initially saw Stephen Bonnet as a desperate rambler. He started by asking for help from Claire and Jamie. But he showed his true colors when he raped Brianna. He was then behind bars, and Mohawk set the cell on fire after which he escaped the cell.
Before that happened, Brianna met him in jail and told him that she was pregnant, and she will never mention him in front of the baby. The speculations have arisen by fans watching Stephen’s restlessness. He would do everything out of selfishness, says Ed Speelers, one who portrayed Stephen.

Therefore, Stephen, in order to set his legacy and hunt for his apprentice, will seek Brianna’s child as he is someone who desires for his best at the cost of others’ suffering. For that, he may even act as feeling apologetic, but it will be part of a gambit from which he wants to come out on top. Ed Speelers was hopeful about his return as he said: “I would love… I want to come back, I haven’t heard anything yet, I mean with any of these big series there’s always the possibility of him coming back”.

Future For The Fraser Family In The Sequel

In the previous season, we saw Jamie setting up Fraser’s Ridge and getting along with his clan to survive. But recently, Sam Heughan, in an interview, stated that things would not go smooth for Jamie in the following season. In the end, Jamie had sided with the redcoats and had gone against his people. Which means he will now participate in the war.

Producers said that if Season 4 were about his home, the coming season would be about protecting his home and family. One of the significant problems ahead of Jamie and Claire would be related to The American Revolution. Sam mentioned that: “Jamie is certainly going to have a lot of emotional and physical work to do in season five, and although he has a good chance of surviving the episodes, no one is safe”.

Sam mentioned in an interview that they had shot only two and a half episodes by now. But a new challenge is the new establishment, where they have to work. Fraser’s Ridge had prospered and Jamie and Claire are fighting to make sure that they are on the right side. The number and size of cast and locations they have to deal with is also an obstacle for them. Also, one challenge is that they are shooting in Scotland for depicting a spot in America.

About to start Last “night” this week of nightshoots, been a tough week but our cast/crew and director have been fantastic! Looking forward to a restful weekend…! pic.twitter.com/MJvVgjNAsA

As the fifth season is in the early stages of production, the show is likely to premiere early next year. We can also determine this from the previous trends. For Season 4, the producers almost took nine months. But it will be worth the wait as the Outlander Season 5 brings the fight for survival for the Frasers.’