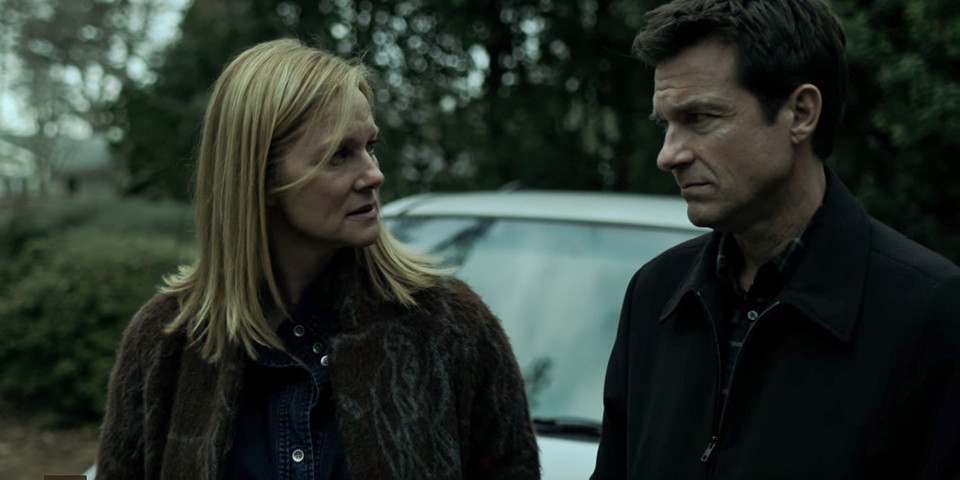 We’re all dying to know when will Ozark Season 3 premiere on Netflix. Fans have been waiting for months, and the wait has become painful now. A lot of rumors have been spiraling all over the internet about what may happen next season. We fear that some of them may even turn out to be true. Hence, here’s everything you need to know about the upcoming installment.
Ozark grabbed instant attention from fans after its debut back in 2017. The concept was unique and witty. A seemingly normal family runs a drug cartel and relocates to the Ozark, Missouri. They face hundreds of hurdles on the way and now hold a firm grip on their illegal business. The Byrde family includes Marty and Wendy, the masterminds and their two kids.

Jason Bateman, the lead actor, director and also the executive producer of Ozark, is finally back. The cast has begun filming for the new installment. Moreover, as per speculations, the productions are supposed to carry out until October this year. Hence, hopefully, Season 3 won’t take much longer for Season 3 to hit our screens again.

Actresses Laura Linney and Julia Garner have received several auspicious accolades for their work since years. Most recently, Jason Bateman has been awarded the SAG Award for his outstanding performance in the drama series. The fan-favorite characters are expected to return in the upcoming installment.

Ozark Season 3: Is Laura Linney Returning For Another Run?

Talented actress Laura Linney who plays one of the most important characters on the show was rumored to be leaving the series this season. The 55-year old star has landed a role on Netflix’s new creation ‘Tales Of The City.’ Hence, many fans assumed that she may not return or be as prominent in the Ozark Season 3. However, her latest project has already premiered on June 7, 2019, and she is still filming for Ozark.

This clearly exhibits that Linney will be back in Season 3 very soon. Her character arc has by far improved since the debut season. Several theories on the internet even claim that she may turn fully evil this season. Hence, she is certain to be back as her return is essential to the storyline.

Since the beginning of the series, the Byrde family has been strong and unbreakable. All four of them have had many clashes throughout the run of two seasons. Although it was important for them to be together. Hence, they supported each other despite the feuds. However, this time around, there are chances that Marty and Wendy may get against each other.
As per speculations, the two may enter a rough clash which may be dangerous for either of them. Fans fear that this fight may turn out brutal for Marty. Additionally, Jason Bateman himself stated that he is concerned for Marty. The lead character has been through many problems since the beginning of his drug cartel, but manages to handle everything. However, will he be able to deal with his own family? Will Marty Byrde get into serious trouble this time?

When Will It Premiere On Netflix?

Much awaited Ozark Season 3 is currently under production. However, Netflix has still kept mum over the release of the series. We may have to wait a little longer to get a firm premiere date. Although, as the filming is expected to wrap up by October of this year, we may get the new installment around early to mid-2020.