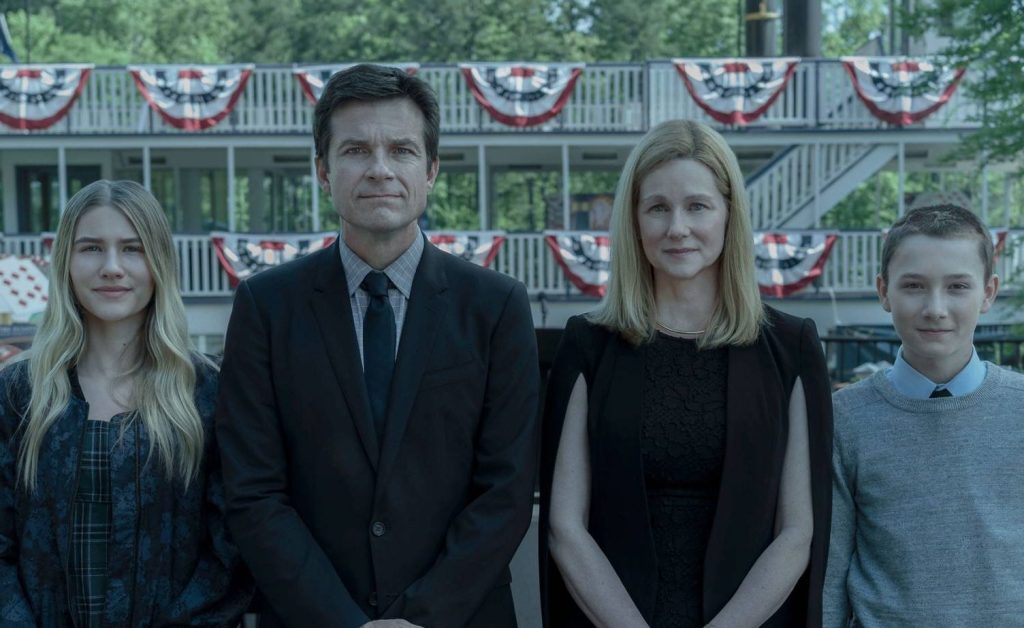 Ozark Season 3 is finally in productions, and we cannot wait anymore. Jason Bateman and Laura Linney as Marty and Wendy Byrde are set to return next season along with several new cast additions. Brand-new characters are joining us in the third installment while a few recurring ones are made series regulars. Fans are excited about the upcoming season, but when will it finally arrive?
The story of the show follows Marty and Wendy, the heads of the seemingly normal Byrde family that runs a drug cartel. The Byrdes relocate to Ozark, Missouri where they begin their illegal business. Ozark premiered back in 2017, and it was a thrilling debut. The showrunners have well defined each and every character and have dwelled them into an exciting script.


Ozark received much appreciation for both the previous seasons. Fans have constantly been demanding Season 3 which is taking longer than expected this time. The cast and crew are currently filming in Savannah. The productions may take a few months until October to conclude.

A few new cast updates have been officially announced by the showrunner. Four unseen faces will shine in the upcoming installment. This includes Tom Pelphrey, known for his role in ‘Marvel’s Iron Fist as series regular. Alongside ‘Marvel’s Jessica Jones’ Jessica Francis Dukes as a regular character in Ozark Season 3. Moreover, Joseph Sikora (Power) and Felix Solis (Ten Days in the Valley) land recurring roles.


Tom Pelphrey is set to play the anticipated character in Ozark Season 3. The actor is expected to play Wendy’s impulsive brother, Ben Davis. Ben will apparently have an unwelcomed and unexpected appearance for the Byrde family. His occurrence will have significant effects on Wendy’s mind. Dukes will play the FBI agent and forensic accountant Maya Miller. Her character’s only life goal in Season 3 is to create havoc for Marty.

Joseph Sikora will be here to play the hasty and mischievious Frank Cosgrove Jr. The son of Kansas City mob boss Frank Cosgrove, Sikora’s character will have many things evil to do next season. On the other hand, Felix Solis’ character Omar Navarro is equally ruthless. Navarro is the leader of Mexico’s second largest drug cartel.

Other than the cast additions, Ozark Season 3 is also upgrading two of its recurring character. This includes Janet McTeer, who plays Marty and Wendy’s Chicago-based attorney, Helen Pierce. Moreover, Lisa Emery as Darlene Snell will have a much important role to play the next installment. The two of them are currently shooting for their parts in Savannah alongside the rest of the cast members.

When Will The New Season Return?

Season 3 of Ozark is currently under production. The cast and crew are graciously shooting for the season which should conclude by October this year. The post-production process will probably take a few months to commence. Chances suggest that the new installment may take until 2020 to arrive on our screens.
The third season began its productions late this time. Due to which, the release date will also extend. Season 2 took nearly a year to arrive in August 2018. Although, Ozark Season 3 will clearly not premiere in the same time span. However, we hope that it doesn’t take longer than the fans could bear.