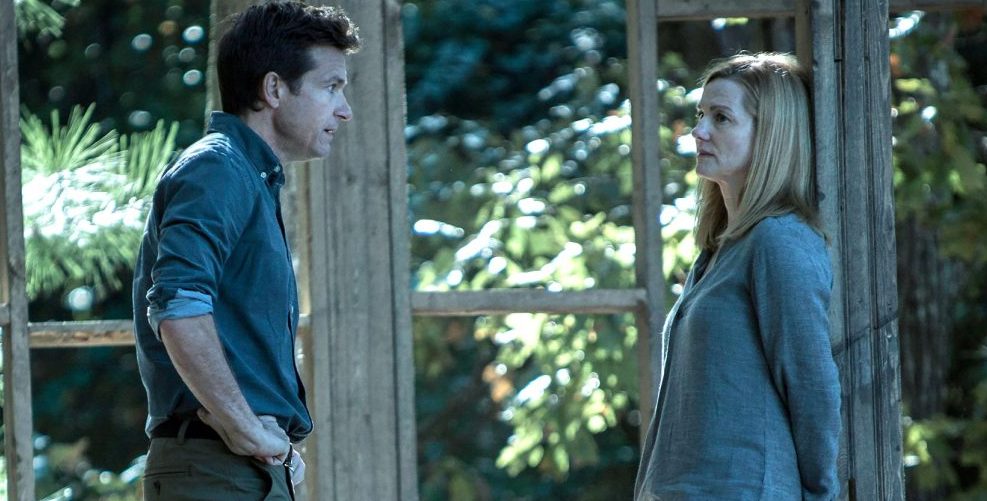 Ozark Season 3: Marty Vs. Wendy! Will They Get Against Each Other?

‘We are not husband and wife anymore. We are just business partners, and our job is to raise those kids.’ And with this, we all knew that Marty and Wendy would not last longer than a few seasons. As soon as we move closer towards ‘Ozark Season 3,’ the Byrde couple’s future seems darker. Here we are discussing all the reasons why fans think the same.
The Byrde family was introduced to us back in July 2017 with Ozark’s debut. Netflix’s popular crime drama is trendy because of its risky storyline. Headed by Marty and Wendy Byrde, the story follows the seemingly normal family running a drug cartel. This began after a money laundering scheme went wrong and they had to relocate from Chicago to Ozarks, Missouri.
Ozark receives critical acclaim for its detailed and precise screenplay. Every character has a depth that apparently suits the nature of the show. As we move forward in the story, the plot is getting intense, and we want to watch more. Luckily, Netflix didn’t take long to greenlit the fan-favorite show. They proudly announced the renewal back in October 2018. Since then we’ve all been wondering about what may happen in the upcoming season.

Problems between the leading couple were never hidden from us since the very beginning. We knew it when Marty (Jason Bateman) caught Wendy (Laura Linney) cheating on him. Also, Marty had to remain quiet about the same. As of now, the husband wants to get clean, and the wife is now fully invested in their organized crime.


Throughout the second season, we were given several hints that things may worsen between the two. Wendy’s obsessive involvement will soon start to trouble Marty. Moreover, we may even reach a moment where both of them will get against each other. Some crazy fans on Reddit, also guess that the husband may even attempt to kill his wife.

Similar to Jacob-Darlene’s relationship arc, the Byrde couple can also go through severe tensions. Although, unlike Jacob, Marty is way more badass than we can imagine. If he attempts to murder his wife, things may drastically change in the main plotline. However, it’s clear that any of the Byrde family members are not likely to die soon. In case Marty misses, and Wendy survives, Ozark Season 3 will not be safe for the husband anymore.


As crazy as it gets, we know that Marty has grown into an aggressive man now. Will his rage towards Wendy’s evil tantrums result in breaking the family? How will the tension affect their business in the future? Will Wendy come clean too?

The productions for the upcoming installment have just begun. Actor, director, and executive producer Jason Bateman was on a short break after the premiere of Season 2. Netflix is yet to announce a firm premiere date for Ozark Season 3. However, it would be safe for fans to expect it to release towards the end of 2019.