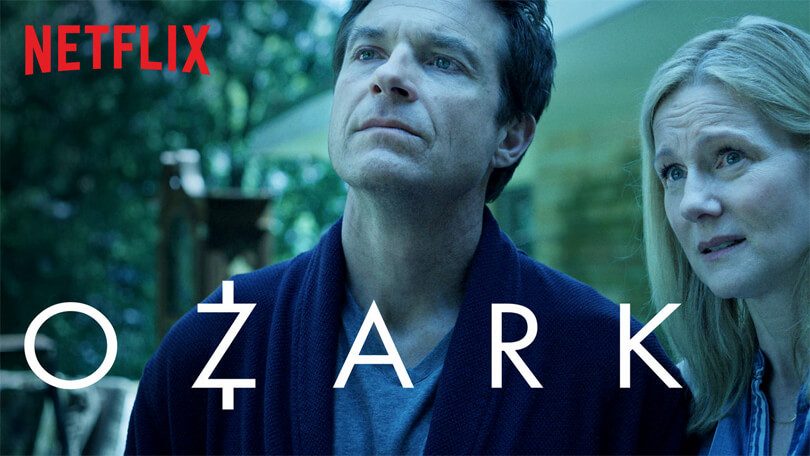 Marty and Wendy are very late this time. We’re halfway through in July and Ozark Season 3 is still in productions. This clearly suggests that we may not get to see the Byrde family on screen anytime soon. Netflix popular crime drama debuted back in June 2017 and wooed us into liking almost all the characters. Since Season 2’s premiere in August 2018, it’s been quite a while that we heard of anything about the brand-new installment. Hence, here’s everything you need to know about it.
The story of the show revolves around Marty and Wendy, the heads of the seemingly normal Byrde family that runs a drug cartel. They relocate to Ozark, Missouri where they set up their all-new illegal business. But guess what? Heading an illegal empire is not that easy. And hence, there follows a series of dramatic events in a town full of criminal activities.


The premise of the series is pretty intense, and yet, it manages to be entertaining. Ozark premiered a thrilling debut and didn’t take long to become one of the most-watched shows on the streamer. The showrunners have worked well on developing each and every character. Moreover, they’ve perfectly dwelled them into the script. Season 2 was much of a ride for Marty and Wendy, and we’re sure that Ozark Season 3 will be as well.

The Byrdes have been strong and unbreakable since the very beginning of the series. Although, the four of them have had many clashes throughout the run of two seasons. However, it was always important for them to be together, which forced them to support each other despite the feuds. Yet this time around, there are chances that Marty and Wendy may become rivals.
Speculations have surfaced around the internet, that the two may enter a rough clash which may turn out to be dangerous for either of them. The clocks are ticking for Marty as fans fear that this fight may turn out to be brutal for him. Moreover, actor Jason Bateman, who plays the role, stated that he is concerned for Marty. Since the beginning of his drug cartel, the lead character manages to handle everything despite the problems in his way. But will he be able to deal with his own family?

Ozark already has a brilliant and incredibly talented cast that perfectly fit the given role. To top it all, the showrunners are adding a few new characters to the list. The makers have officially announced the cast updates.
Four actors have been added to the cast of Ozark Season 3. This includes Marvel’s Iron Fist fame, Tom Pelphrey, to play one of the most-anticipated additions of the season. His character, Ben Davis, is Wendy’s impulsive brother. Moreover, Jessica Francis Duke from ‘Marvel’s Jessica Jones’ will also join as a series regular. She’ll be there to create havoc for Marty as the FBI agent and forensic accountant Maya Miller.


Joseph Sikora (Power) and Felix Solis (Ten Days in the Valley) land recurring roles in Ozark Season 3. Joseph will play the son of Kansas City mob boss, Frank Cosgrove Jr. On the other hand, Felix will be here as Omar Navarro, the leader of Mexico’s second-largest drug cartel.

Ozark has had an uneven pattern of release right from the debut back in June 2017. Season 2 took more than a year to premiere in August 2018. The productions for the series began just a few months ago, in May of this year. Until now, there’s no sign of a new installment coming any soon. Hence, we might have to wait a bit to hear anything about the release. Although, chances suggest that Season 3 may arrive towards the end of 2019.