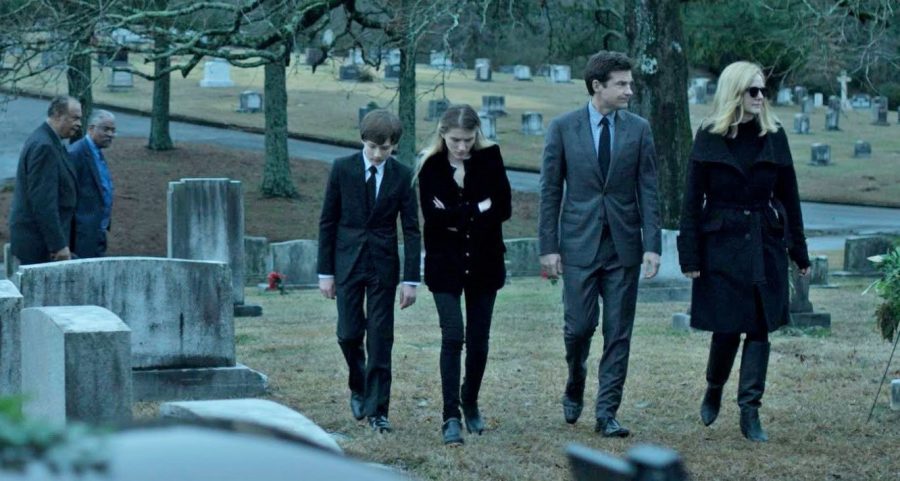 The super-talented cast of Ozark Season 3 finally wraps its productions. The installment is all set to go into post-production and will be at our screens in a couple of months. Besides, we also have some crispy details about the upcoming season. To know everything, keep reading ahead. But be aware, major spoilers ahead!
Marty and Wendy debut on our Netflix screens back in July 2017. Since then, they’ve been ruling the heart of millions of fans around the globe. Heads of a seemingly normal family, the couple run a few illegal businesses as they relocate to Ozark, Missouri. The popular streaming giant gave us one of the most thrilling scripts of the decade. The critically acclaimed series puts much effort into the characterization, which is one of its main highlights.

How Many Seasons Will The Series Have?

Since we’ve reached the third season of the series, it’s time to wonder if there will be any more of them. Luckily, as per speculations, the popular streamer is planning to have a few more installments after Ozark Season 3. While Netflix has kept mum on the exact number they’re thinking of, showrunner Chris Mundy says that there could be many.


The shoemaker explains that Ozark can have a couple of future installments if the story permits. In fact, the series can atleast have a total of seven seasons. As of now, it’s safe to say that a fourth season is almost positive. However, we, as fans, hope to be able to binge-watch the show for as many years as possible.

The cast and crew of Ozark Season 3 finally wrap up its production. After its renewal back in October 2018, the team took a while to begin filming. The leading cast announced the beginning of the shoot in May 2019 alongside some beautiful group photos. Actress Julia Garner who plays Ruth on the show uploaded a picture from her last day on set. The series will now get into post-production and may take a couple of months to return.

The third installment of the show would not be easy for the Byrde family at all. As showrunners reveal, an outside force may soon bring in havoc for the family. In fact, Marty may even fall into life-threatening situations this time.


Besides this, lead actor and showrunner Jason Bateman hints some major details about the plot of Ozark Season 3. He reveals that the story of the upcoming installment may take a time jump this time. Hence, the new set of episodes will pick up six months after the Season 2 finale episode. Morover, we may later get to know what actually happened in between the time window.

When Will The Season Debut?

It’s been a while since we’ve all been waiting for the third installment to hit the screens. Unlike the first two seasons that premiered merely a year apart, Ozark Season 3 is already one and a half year late. As of now there’s still hope that the Byrdes may return towards the end of 2019 or early-2020. However, we strongly wish that Netflix avoids taking any longer than that. Are you excited for the upcoming season? Tell us in the comments below.