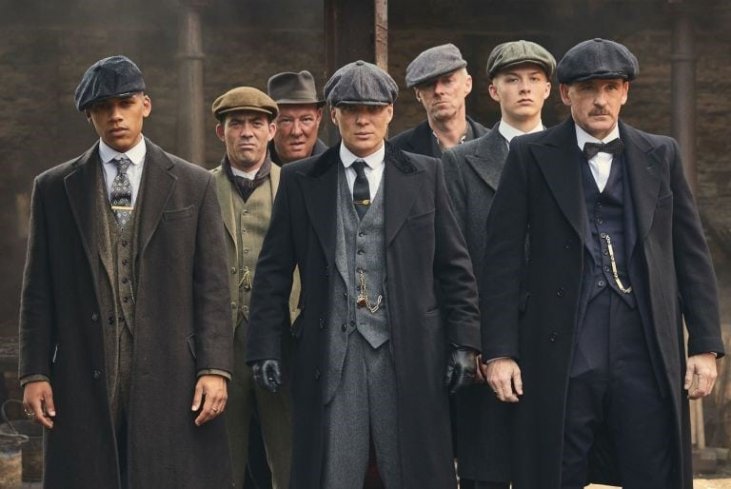 Peaky Blinders Season 5 is on the way for the die-hard fans. It’s their love and passion that had made Peaky Blinders one of the most popular shows of BBC. And with the next incoming, the fans are desperate to know the fate of Tommy Shelby and his felonious family.
The fifth season has been a hot topic all around from a while. Now with its first trailer out now, the heat will increase more and more. Also, some news also came out about the next installment of the series, Peaky Blinders Season 6. Let us go in-depth to know more.

In between the chaos and destruction, Tommy Shelby (Cillian Murphy) is back. However, he is now surrounded by many more problem as he left his horrific past and has become an MP of the Birmingham Parliament. The trailer for Peaky Blinders Season 6 released recently, featuring Tommy and the entire Shelby clan. With the trailer only, the audience got the idea of how dark and intense the sixth season of crime drama is going to be.

Steven Knight, the creator of the crime drama, recently revealed quite some big news at the London premiere of Peaky Blinders Season 5. There, he also made one big revelation about the forthcoming installment of the show, after season five. According to Knight, he is already working on the script for the sixth season of Peaky Blinders. This news brings a lot of happiness for the fans, as now they’ll get to have the next season of Peaky Blinders, soon.
Moreover, he also appreciated how the entire cast works so hard to make the show more great and successful. Not just this, Knight also praised the acting skill of the stars of Peaky Blinders, Helen McCrory, Paul Anderson, Cillian Murphy, Sam Claflin, and Sophie Rundle.

Creator Steven Knight just recently announced that the show would feature Line of Duty star Stephen Graham in the next seasons. He has been a long-awaited fan-favorite request on the show. Not just this, the sixth season will also bring in some guest stars on the show. Knight talked about the stars he wants to work with to the Obsessed With… Peaky Blinders podcast.

It seems like there are so many actors and stars who want to join Peaky Blinders. And why not, the series has become the apple of so many eyes till now. According to Knight, the number of people who have come to them wanting to be in it is quite astonishing and terrific people. Also, he added that the show is moving forward among its last two seasons. Therefore he is going to open the gates a bit because some amazing people want to be in the show.
However, Knight also made clear that Graham will return with a brand new character, and not as Al Capone. When asked about what kind of character Knight want Graham to play, he replied wittily that he already got it and he is not going to tell.

The rumors about the joining of megastars are flaring since long. And not just the actors, rumors surfaced that football star David Beckham would join the BBC drama, however, later that was found all false. Now, speculations say that Julia Roberts, who has been linked to the Peaky Blinders movie, will join too. On that, Knight cleared out that he doesn’t know where that got out, but yeah, fingers crossed on that.

Power comes at a price.

Get ready for the new series of #PeakyBlinders, coming soon to @BBCOne and @BBCiPlayer. pic.twitter.com/IqYGSNCNsB

The trailer is out now for the audience. Therefore, the audience would get their show pretty soon. Peaky Blinders Season 5 would likely release by the end of 2019, in December maybe. Also, Peaky Blinders will have a new home to return for the sixth season. After it was confirmed the show will now switch from channel BBC2 to BBC1.