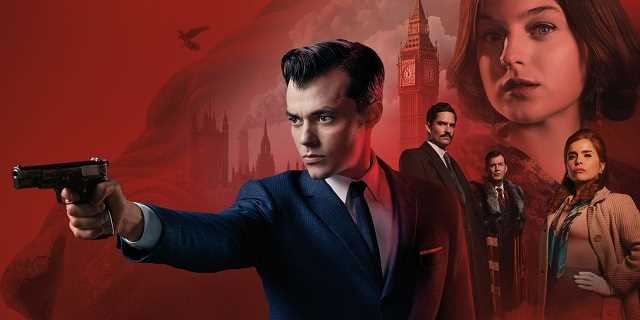 Pennyworth, a collaboration of DC and Warner Horizon Television, debuted in July 2019 and created a hell lot of buzz. The show features the time prior to Batman and Superman when ordinary people acted as heroes and tackled massive situations. The audience has enormously loved the debut series. Just after binge-watching the entire season, fans started asking about its next installment, Pennyworth Season 2. Recently, some news started flaring about Season 2: let’s have a look.
Pennyworth is a drama series of Epix who also serves as a prequel for the Batman series. The show is based on the characters created for DC by Bob Kane and Bill Finger. The one-hour series follows Alfred Pennyworth, a former British SAS soldier who works with young billionaire Thomas Wayne. Though by the time, Thomas has not become Bruce Wayne’s father yet, whom Alfred serves in the Batman series later.

Epix has officially ordered Pennyworth for its second season. The renewal came up just after a month of epic closing of its debut season. The second season of DC and Warner Horizon Television will also have a 10-episodes queue, featuring Jack Bannon and Ben Aldridge in their iconic characters. As per the reports, the production work for Season 2 will likely begin in January 2020, so that they can have the premiere in 2020 only.

We’ve plenty of jolly times ahead: #Pennyworth has been renewed for a second season. 🎉

Thanks for your support! Stay tuned for updates. pic.twitter.com/3niiMuvmu7

The network’s president Michael Wright also delivered a statement in respect of renewal. As Wright praised, Pennyworth has been a big hit for the network, embraced by critics and fans alike. Also, it was the highest-performing original series ever to premiere on Epix, more than double the viewership of the shows that came before it, he added. Wright also seems all pumped up about the upcoming season as he stated, Bruno Heller, Danny Cannon, and WBTV have delivered a brilliant, must-watch series and they can’t wait to work with this phenomenal cast and creative team on another exciting season.


Being a global success in just one month, it seems like the entire main cast will return for the second season of Pennyworth. Along with Bannon as Alfred Pennyworth and Aldridge as Thomas Wayne, Season 2 will likely feature Emma Paetz as Martha Kane, Ryan Fletcher as Dave Boy and Hainsley Lloyd Bennett as Bazza, Dorothy Atkinson and Ian Puleston-Davis as Alfred’s parents, Paloma Faith and Polly Walker as Bet Sykes and her sister Peggy and Jason Flemyng as Lord Harwood.

The show follows the Wayne family’s butler, for generations, Alfred. However, the show features the time when Alfred was in the British Special Air Service. There, he meets Thomas Wayne in 1960s London. The two join forces to ward off threatening advances from the Raven Society, a conspiratorial group wishing to take over the British government.
The first season of Pennyworth seems pretty hard on Alfred. However, he managed to rescue the queen (twice) and other officials, as his father Arthur leads to use the bomb and kill all. His father got caught in the explosion. Now, Alfred’s father’s death will have a tremendous effect on him. Also, he has been offered a job with Scotland Yard, Alfred has no reason to leave England anytime soon. Pennyworth Season 2 will also depict his burgeoning relationship with a young Thomas Wayne and their swingin’ 1960s adventures.

The second installment of Pennyworth will begin filming in January 2020. Therefore, Pennyworth Season 2 will likely release in July 2020 only.