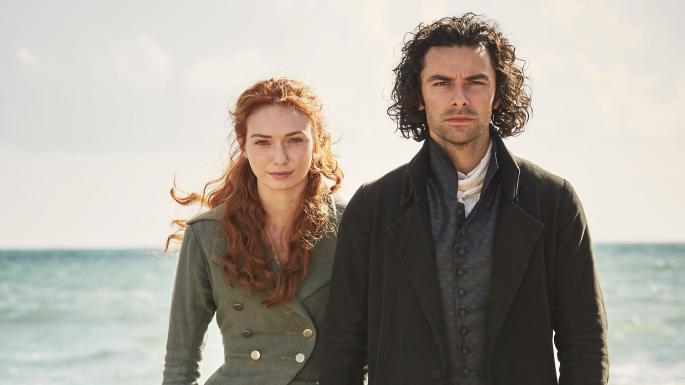 One final historical drama awaits for you! Poldark Season 5 is all set to give a final sign-off. BBC One renewed the show for its fifth and last season. Debbie Horsfield, Poldark’s creator, said that as far as we are concerned, it is going to be the last.

A lot of speculations are there for the way this series will conclude. The show follows the novel by Winston Graham of the same title. The last saga of Ross and Demelza will be an emotional one. The show has its unique audience. It is an all-new variant of the old Masterpiece series.

When will the show land on our screens? How it will conclude? What are the possibilities for Poldark? Here’s all update about the upcoming Season of Poldark.

And that’s our final wrap! Thank you for all your support, we can’t wait to show you #Poldark S5 later in 2019 🥳 pic.twitter.com/QjwpwfKGyG

From the official Twitter account of Poldark, the tweet about the final wrap of the series came. This tweet featured two images. Well! It’s quite heartfelt watching Aidan Turner and Eleanor Tomlinson laughing with such joy. The tweet was captioned – And that is our final wrap! Thank you for all your support, we can’t wait to show you #Poldark S5 following in 2019.

It seems only right that I should mark the end of @official_poldark with a video of the beginning. Here I am 2 minutes after that phone call… “Eleanor, you got the job!” ♥️ #poldark #lastday #demelza

The series has completed almost four years ( first episode premiered on 8th March 2015). Undoubtedly, the actors have formed an attachment towards the show, and it was visible in the final shoot for Poldark Season 5.

Moreover, as the filming is completed for Season 5, the series may premiere right on the schedule. However, post-production work still awaits. Although, it’s heartwarming to see those emotional aspects for the final goodbye.

What Fans Will See In The Poldark Season 5?

The plot of Season 5 of Poldark will not pursue with the Novels. The novels emphasize a significant time jump of 11 years between books seven and eight. However, this might not be the case for Poldark Season 5.

The fifth installment of Poldark will not focus on the younger exploits and their exploits. The show will try to expand the events that didn’t get a lot of space in the books. It will feature more scenarios of the characters we are more familiar with.

Creator Debbie Horsfield also expressed his thoughts on the storyline of the show. He said that Graham made many references to progress that happened during the gap years. He continued that the Season 5 will pick on all of these references to heed the lives of the Poldarks, the Enyses, George Warleggan, and the Carnes in this intermediary period.

What Are The Possibilities For Poldark?

Well! Poldark has the potential for further seasons. Producer Thrussel said that there are five more books they could do in future perhaps. He added that if we did a Poldark six – and a lot of us would like to do it – it wouldn’t be for some years yet. This means that the show has the possibility for further seasons, although after a long break.

The shooting for Poldark Season 5 is complete. The show is now in its post-production work. BBC has yet not set any premiere date for the fifth season of Poldark. However, the show might air in the mid-quarters of 2019.