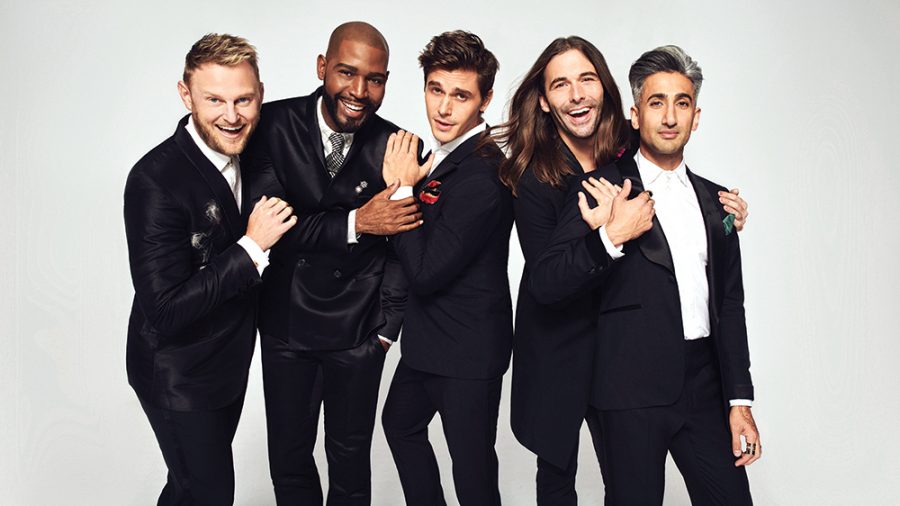 Queer Eye Season 5: When Will It Release? Here's Every Detail About The Sequel

The Fab Five redefined the definition of ‘Fab’ in the latest season of the makeover-show. For all those who are anxious about the renewal of Queer Eye Season 5, the series is already greenlit. Yes! Netflix renewed it way before Season 4 even released. In fact, the productions have already begun. But when will they be back?
Netflix’s reality show premiered last year in February. It is a reboot of the 2003’s series, ‘Queer Eye For The Straight Guy.’ While it follows the same pattern, Queer Eye features a fresh set of the Fab Five. This includes Antoni Porowski, Tan France, Karamo Brown, Bobby Berk, and Jonathan Van Ness. The five being the experts travel places to eight different heroes each season, to give them a makeover.

Season 4 of Queer Eye was l iterally an explosion of emotions. We all sobbed and wailed towards the end of each episode. Although, the first episode was one of the most emotional of the lot. The pilot of the season features the Fab Five giving a makeover to a very special ‘hero.’ Jonathan Van Ness, the grooming expert, introduced us to high school orchestra teacher, Kathi.

Kathi gets a well-deserved makeover by her former student and the rest of the Fab Five. She has been an inspiration for Jonathan and now to the world as well. Rest of the episodes were immensely heart-warming too. The experts have evolved over the course of time. This season was much different from the debut installment, although it manages to touch our hearts the way it should.

Netflix officially greenlit the fourth and fifth seasons together. The Fab Five have already begun productions for Queer Eye Season 5 in Philadelphia. The experts will look for another eight ‘heroes’ for life-changing makeovers. Moreover, the shooting may take a few months to commence.

The first season of the reboot debuted back in February 2018. Most of the installments later didn’t take long to be back on the screens again. Although this time, Season 5 may take a while to return. However, fans can expect the series to premiere in the first half of 2020. Since it’s too long to wait, Netflix is gifting us with a Queer Eye Special in Japan as compensation.

The Fab Five are set to return in a four-episode special, ‘Queer Eye: We’re In Japan.’ Netflix previously released a special episode based in Australia, right before the third season. This time, we may get to see four new heroes in Japan. The streamer may drop the Queer Eye Season 5 towards the end of this year.