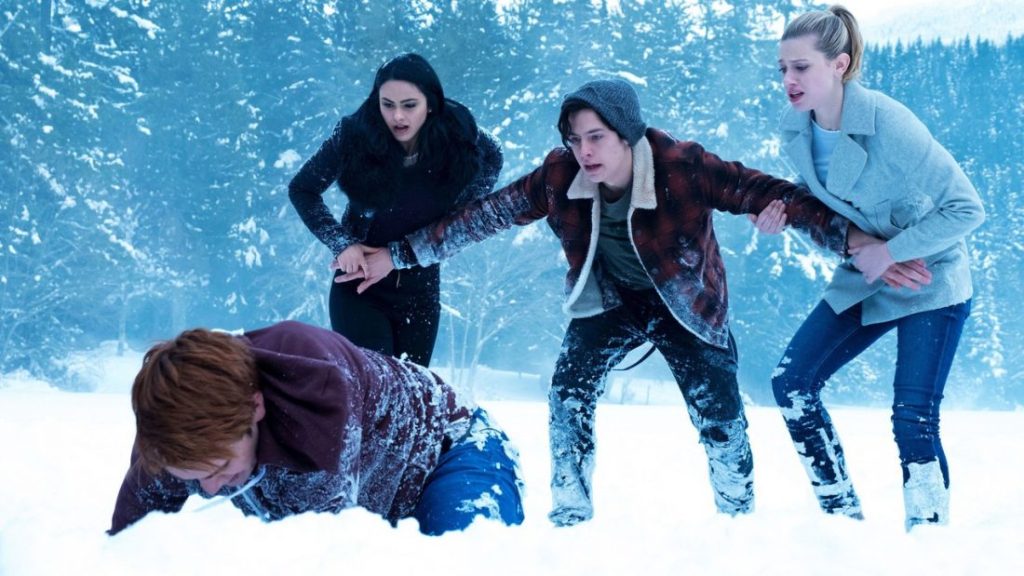 Riverdale Season 4: Premiere Date, Plot & Everything You Need To Know

It never gets easier for Riverdale kids. Plenty of mysteries and challenges await our favorite stars in Riverdale Season 4. The previous installment was long and difficult. The core four dealt with darker secrets than one could even imagine. After the Season 3 finale, we finally know who’s the Gargoyle King, and the revelation blew our minds. The ending was even bizarre and left us hanging on a cliffhanger hinting Jughead’s disappearance or death. However, is he really leaving the show?
The popular teen show began in January 2017 with a murder mystery that the core four characters solve. It wasn’t soon that it converted into a serial killer hunt by Season 2. Then, by the third installment, it ridiculously turned into fighting some supernatural monster (not literally) and a mysterious cult. Riverdale has had hundreds of crazy plot twists until now, and fans are unsure about what may happen next.
Season 3 finale brings us to this unusual spring break where Veronica, Betty, and Archie stand beside a raging fire. The three look extremely worried as they burn their blood-stained clothes and essentials. Jughead seems to be missing from the scene, and we’re yet to figure out why. As far as it’s hinted, the core four may have done something wilder this time. Moreover, Riverdale Season 4 will feature them dealing with it.

Riverdale Season 4: Jughead Will Be Back

The Season 3 cliffhanger led to several speculations growing around the internet. Many of us suspected that Jughead may leave the show. On the other hand, some fans even guessed that he might be the root of the crime that was hinted in the finale. However, soon after the rumors reached Cole Sprouse, who plays Jughead, he debunked all the theories.
The actor denies his removal from the show and confirms that Jughead isn’t going anywhere. Moreover, he adds that the next installment will bring the Season One Jughead back. The famous teen star explains that his character has been highly affected by the way his family turned out to be. Hence, Riverdale Season 4 will bring the fan-favorite character back. Also, this time, he may have a much better and Season One-like role to play.

Jughead And FP To Get On A Mission

Actor Cole Sprouse was also asked about the Season 3 cliffhanger and the doubts that Jughead might be the killer/criminal. He speaks about the changes that the character may have in the next installment. Sprouse explains that the new season may feature Jug and his father, FP Jones trying to solve the case together.


The two characters collectively have much potential and may become a ‘True Detective’ kind of crime investigator father/son duo. This debunks the theory that Jughead may be behind the crime from last season finale. Fans are eager to watch them both investigating together. Will they be able to solve the case?

The former season of Netflix’s teen drama felt way too long and stretched out than the two before it. Season 3 was lengthy, and a lot of things happened this time. Riverdale Season 4 is also expected to have 22 episodes as per the schedule. Moreover, the filming of the previous two installments began around the same time frame, and both of them premiered in October. Hence, as per the release pattern, the next season may also release by October 2019.
Netflix, by now knows how to keep the youth interested in teen dramas like Riverdale. The series has by far increased the number of plot twists and their intensity with every installment. Fans still see a lot of potential in the show, especially due to its vast and famous star cast. The upcoming season is one of the most anticipated seasons of the teen drama today.