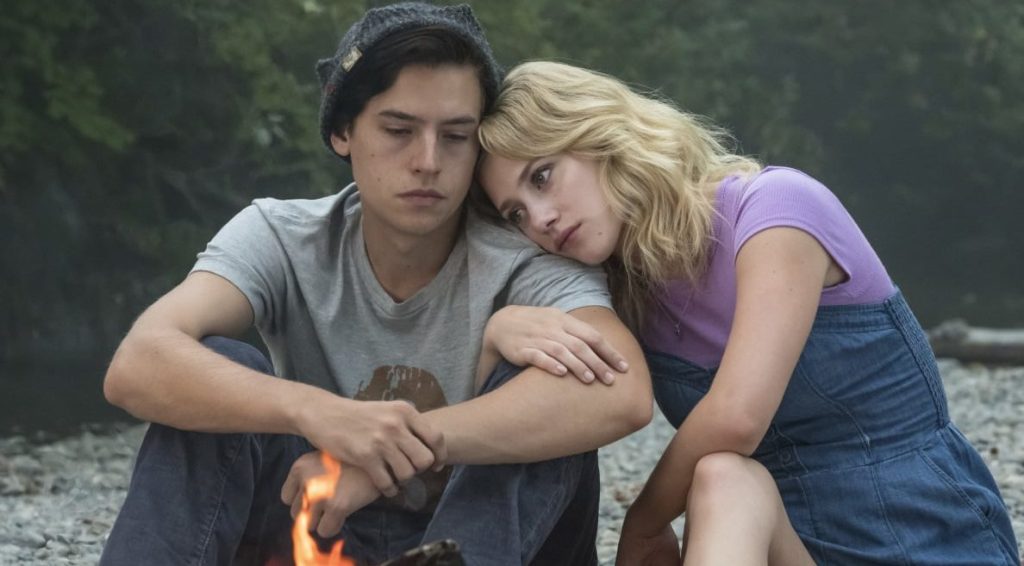 Riverdale Season 4: You Won't Believe What Will Happen To Jughead

“In case you haven’t noticed, I’m weird. I’m a weirdo. I don’t fit in and I don’t want to fit in.” But Jughead did fit-in in The CW’s popular show Riverdale. And, we surely don’t want him to leave the next season. After the crazy Season 3 finale cliffhanger, speculations have surfaced around the internet. People are claiming that our favorite hero may die in ‘Riverdale Season 4.’
The third season premiered last year in October. Since then, the show had a pretty long run of 22 episodes, over the course of more than half a year. With the emergence of G&G till the return of the Black Hood, Season 3 was long and so many things happened that we’re still processing. By the finale, we finally got to know who was behind the mask of The Gargoyle King, and it was nothing that we expected.

Penelope Blossom (Nathalie Boltt) was the one behind every evil thing that the King did. Remember Betty’s fake ‘dead’ brother Chic from Season 2? Yes, that man already gave us chills with his entirely expressionless face. And now, Hart Denton reprises his role as the real face behind the Gargoyle King. That ending was enough to attract fans for a potentially good Riverdale Season 4.
The closing scene of Season 3’s finale was as crazy as any other mystery in Riverdale’s history. Three out of the core four, Betty, Veronica and Archie were seen standing beside a raging fire. The scene is a flash-forward to next year’s spring break. All covered in blood, the characters seem to have done something very sinistrous.


However, one thing was very alarming there. Where is Jughead? Why did they burn his hat along with signature-hat along with thier blood-soaked clothes? Hence, here’s every possibility of what may happen with Jughead next installment.

Riverdale is one of those shows that are majorly successful because of its star-studded cast member. In other words, the core four actors are the eye-candies to millions of teens around the globe. They have a huge following, especially Cole Sprouse who plays Jughead Jones on the series. Hence, the show has high chances of losing its viewers in case they decide to kill Jughead.
Jughead is not just a character, he is also the narrator of this ominous storyline. After the confusing cliffhanger, fans are anxious to know if we’re losing our favorite character from the drama. The reason behind Betty, Veronica and Archie burning their clothes hints that they’ve committed a crime. This potentially can also be murder. And one of the reasons behind Jughead’s disappearance may be his death.
However, chances for the same are pretty low. Jughead’s character is a very important element of the entire series. Hence, it’s hard to say that the showrunners will ever agree on killing such and important figure. Moreover, the makers may not take such a massive risk in the first place itself.

Jughead Jones has been one of the most complicated characters on the teen drama. His arc enhanced over the course of seasons. However, as far as we know him, Cole Sprouse’s role is not someone who would or may attempt a murder. However, the closing scene highly suggests that the teenage boy has something to do with the crime the core four have committed.


The most suitable reason for Jughead’s absence might explain the entire mystery. He is probably away as he might be then one killing a person. Betty was scene commanding Archie to burn Jughead’s cap. And we’re sure that she may only do this to save someone she loves. If not Jones, who else could be the murderer? If it was indeed committed by someone else, who can it be?

Riverdale has a long runtime. Hence, we generally do not feel that it has gone for long before it returns again. The third season recently commenced, with the last episode airing on May 15, 2019. Netflix has already renewed the series for another run. However, they’re yet to declare a firm premiere date.
The first season debuted back in January 2017. Season 2 premiered sooner in October of the same year. Also, the third installment got an October release as well. If we have to predict a date, October 2019 would be the safest guess.