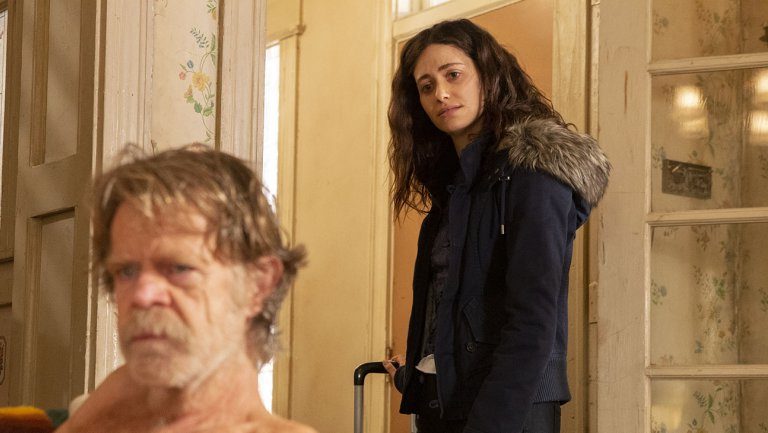 Showtime’s eight-year-old series returns to the screens again. The TV network has finally declared the official release date of Shameless Season 10. Most of the cast members will be back for the premiere. However, actress Emmy Rossum will not continue to play her character, Fiona Gallagher anymore. Yet, fans are dying to see the fan-favorite character on the show again.
The award-winning show debuted years ago in January 2011. With an immensely talented cast, Shameless continued to impress the audience for installments over the years. It was well-received by viewers and critics alike. Moreover, it became the longest-running original scripted series in Showtime’s history.

The productions for Shameless Season 10 have finally begun. The first look of Shameless fam getting back together was up on social media in June 2019. Although, everybody excluding Rossum arrived to reprise their roles. Later on, a bunch of exciting pictures informed us of the shoot in continuation.

Fans Want Fiona Back On Shameless

Emmy Rossum’s permanent departure from the cast of Shameless came as a shock to most of her fans. Fiona was loved and appreciated from the very first season. After nine long seasons, the actress announced her exit from the show. Fans that have been watching the series for all these years deny accepting that Season 10 would not have the character anymore.
Viewers from around the globe have shown their disappointment over social media. Comments on Shameless’ official accounts are filled with fans demanding Emmy back in the cast. Some followers mention that they’ll miss Fiona in the upcoming installment. Many others complain that the series would feel incomplete without the character. As of now, the actress has no plans to return to Season 10. However, we hope that she finds her way back in any of the future seasons.

Showtime’s popular show will mark the return of most of the cast members. Aside from Rossum, actor Cameron Monaghan also announced his departure from the comedy-drama. However, it was later declared that the actor is not going anywhere and will back in Shameless Season 10. His character Ian Gallagher is one of the most-loved ones on the series.
On the other hand, Noel Fisher returns to reprise his character, Mickey Milkovich. The actor is now a series regular after remaining a special guest character for the previous three installments. Moreover, Irish actor Richard Flood who plays Ford Kellogg may not be back in Shameless Season 10 anymore.

When Will It Premiere On Showtime?

Shameless will return to reoccupy its Sunday time slot sooner this year. Showtime recently announced the official release date for Season 10. Social media posts with the brand new poster declare that the comedy-drama return on November 3, 2019. The installment may have a dozen or a few more episodes this time.
https://www.instagram.com/p/B0qwXaRgHF3/?utm_source=ig_web_copy_link
Shameless continues to exist as one of the most popular comedy-drama on the network. Fans have been watching the show for years now. Fortunately, it seems like the series is here for a lot more years than today. We hope that the upcoming installment manages to impress the audience despite not having one of the most important characters of all.