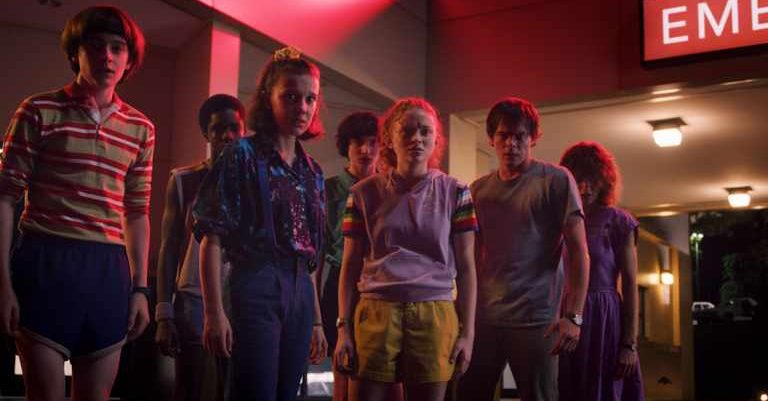 Stranger Things Season 3 is on its way, and the fans will be extremely excited to know that one final trailer is also out today. What the speculations speak is that season 3 will be darker and bloodstained than the last two seasons. It is a little unexpected as the show is not known for carnage.
Another significant change lies ahead of this season. Showrunners, the Duffer Brothers, said in an interview that the kids are growing and will be going to high school after the summer break. But the transition would be awkward and painful. They delve into the question of whether the kids will be able to grow up without growing apart?

Changes in Relationships In The Gang?

We can also say that Season 3 will take us more into the bond that Steve and Dustin share which season 2 set up very well. Producer Shawn Levy explained that in season two, it was all adorable, and there was a witty quotient to it because it was unusual.
But now that fans can expect it, he wants to experience those two connect more and be more natural with each other. He desires to portray a secure connection between the two as if it looks like they had it for a year, a bond that brothers have.

Stranger Things Season 3: What Does The Final Trailer Paints?

We are two weeks away from the premiere, and Netflix has unveiled the final trailer for Stranger Things Season 3. It is a clip of about three minutes, and the creator has promoted it beautifully. The trailer seems no less than an action-packed thriller or a horror movie. We can clearly judge that the show will take a sharp turn, and people of Hawkins would be terrified.
The clan is back again with Eleven (Millie Bobby Brown), Mike (Finn Wolfhard), Lucas (Caleb McLaughlin), Max (Sadie Sink), Will (Noah Schnapp) and Dustin (Gaten Matarazzo). But in Season 3, it is going to be a battle of courage, strength, and willpower. It is going to be extremely tough to take down such an evil monster.
https://youtu.be/XcnHOQ-cHa0
The trailer depicts an amusement park where it will all end. And this time, the enemy is more powerful and destructive. It is on its way to destroy not only the gang and their family, but the whole of Hawkins. The trailer ends on an elongated, Jurassic Park-like sequence. It shows the squad lurking from an unseen monster on the prowl. The sound of the evil creature’s terrifying roar, in the end, will leave a buzzing impact in the audience’s ears.

The supernatural drama is all set to thrill the fans from 4 July. Netflix would likely release all the episodes together. Therefore the fans should get ready for some binge-watching. They have also released the list of all the eight episodes. The titles are as follows: Suzie, Do You Copy?, The Mall Rats, The Case of the Missing Lifeguard, The Sauna Test, The Source, The Birthday, The Bite, and The Battle of Starcourt.