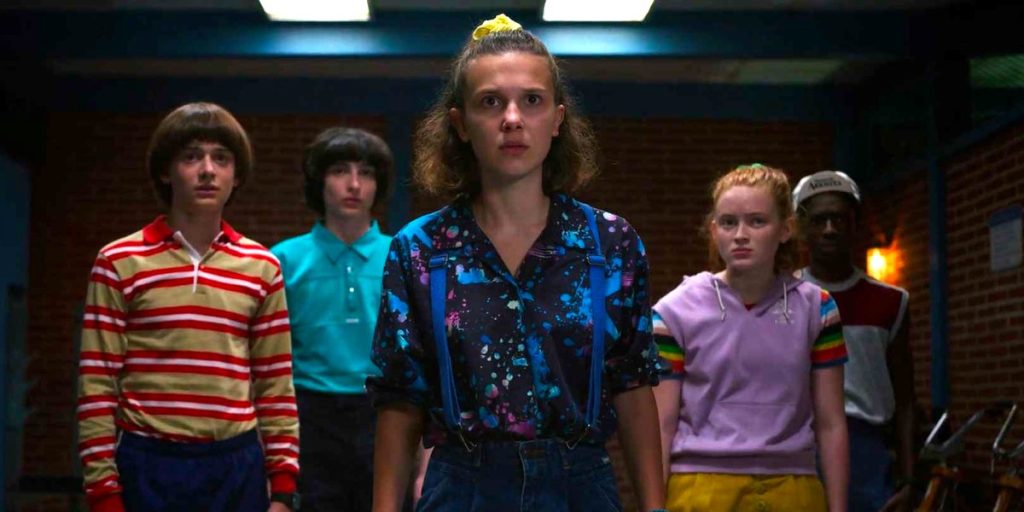 The third season of Netflix’s sci-fi show took two long years to be back on screens. Fans feared that Stranger Things Season 4 might also be as late. However, this time, the series is arriving sooner than we expected. Surprisingly, the Hawkins gang is beginning the productions for the upcoming installment. Although, it’s weird that we haven’t heard of a renewal yet. When will Season 4 release?
The fictional town of Hawkins is full of unnatural beings and the drama they cause. Our mighty-heroes have been through a lot since Stranger Things’ debut back in July 2016. We’ve seen Demogorgons, Demodogs, the Mindflayer, and a lot more complicated creatures from the Upside Down. Nevertheless, we’re ready to discover more. Season 3 of the show premiered last month, and fans are already into knowing everything about Season 4. Hence, here are all the details that we know yet.

Stranger Things Renewal: Why Is Netflix Taking So Long?

Stranger Things has been one of the most successful series for the popular streamer. Moreover, it stands high in the popularity rankings of shows this year. Showrunners have previously made it very clear that the show is destined to last for at least four or five seasons. Besides, they’ve always made concrete plans for the upcoming installment.
It’s almost transparent that Stranger Things Season 4 will happen. However, Netflix is yet to announce an official renewal. Fans are looking for reasons for the delay. The streaming platform usually takes at least a month to greenlit any show despite its popularity. Hence, it may take a few weeks for Netflix to announce the return of the spectacular period drama eventually.

Surprisingly, the Stranger Things cast is suspected of starting the productions sooner this year. As per ComicBook, a new listing from film trade publication Production Weekly hints that shooting for Season 4 may begin by October 2019. Which highly indicates that the latest installment may arrive sooner than we all expected. Netflix is yet to give their words upon the news.

The third season of the show turned to be magnificent, and viewers wanted more as soon as they binged all eight episodes. Moreover, fans around the globe were afraid that similar to the previous installment, Stranger Things Season 4 may take a lot of time as well. However, as per recent speculations, if productions begin this October, the season may premiere as soon as 2020.
People around the internet suspect that the new season may appear around Christmas of next year. However, as per the pattern of releases, our bet is on October 2020. We may have to wait for long enough to get a firm premiere date.