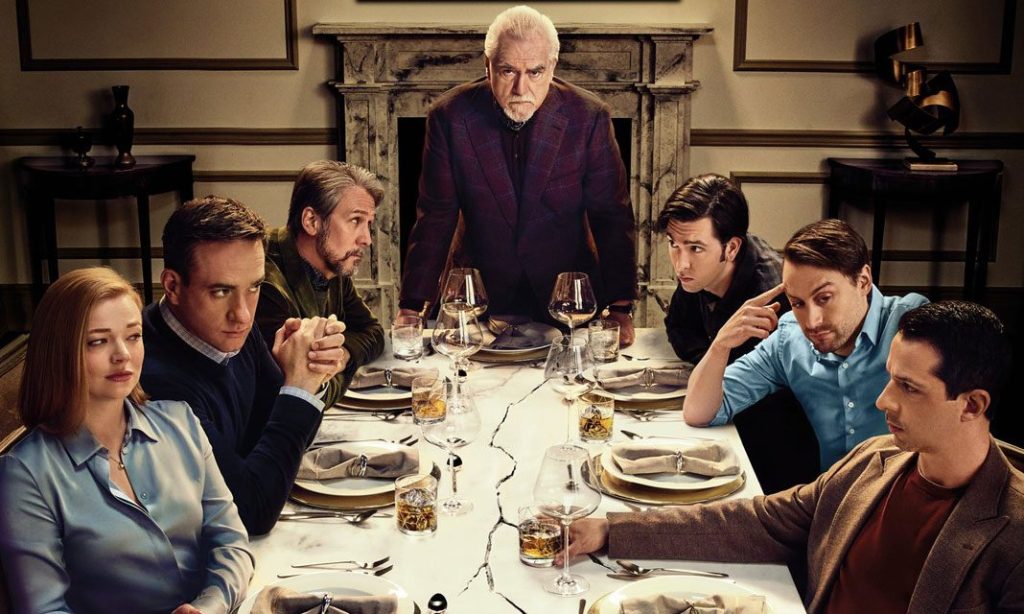 World’s wealthiest dysfunctional family is all set to be back in Succession Season 2. The debut season introduced us to the tension and drama between the members of the Roy family. As the latest trailer of the upcoming installment suggests, the tension has intensified to an even higher level this time. But what is exactly happening and what is Season 2 about? Read further for all the details.
Succession debuted back in June 2018 and became one of the most underrated satirical dramas on the network. The series is an absurd comedy about Logan Roy, the owner of a global media empire, and his four children. When it comes to wars between families, HBO’s popular series becomes the perfect modern-day example. Connor, Kendall, Roman, and Shiv, the power-hungry children desire to snatch their father’s CEO position in the company.

HBO has given us some insights to the upcoming installment, and it looks pretty intriguing. The first teaser was released two months ago, following the second one a month later. Both of them, including the very recent trailer, give away much about what’s going to happen in Succession Season 2. The Roy family is getting back together even if it’s only for the sake of their business. After all, the money wins at the end of everything.

After everything that happened last season, the Roy family has to get together. And not just be together, this time, they’ll have to act like a happy family too. Logan Roy struggles to keep his children sane and united (which is a lot to expect from the power-hungry Roys). Season 2 will continue the story from where it left in the debut installment.

Logan Roy struggles to retain control of his empire. In order to do so, he has to bag an offer. As he does so, the family agrees to bear each other, although there’s a lot of tension that withstands. Kendall seeks reconciliation with his father and tries to pledge loyalty again. The other four siblings have something in their minds that may turn out to be dangerous for the head of the family.

Logan Roy, the family patriarch, is as fierce in Season 2 as he’s always been. However, as the trailer proceeds, some health issues begin to affect his reign. The aging father’s health is deteriorating, and not many of his children seem to be interested. Although, it’s Kendall that notices that first. Later on in the video, Marcy reminds Logan that he’s old now, which majorly hints that he may struggle with his physical condition in future.

Is Kendall Really In Support Of Logan?

When the initial teaser premiered, we all were uncertain if Kendall his actually in support of Logan again. After everything that happened in the previous season, Logan’s second son agrees to be on his side this time. However, it’s pretty hard to believe and looks extremely suspicous due to the family’s history. Although, Kendall looks like he’s struggling through a lot in the official trailer of Succession Season 2. Which side is he really at? Well, it’s Succession, and literally, anything can happen in between this dysfunctional family.

The satirical drama debuted in June 2018 and concluded its tenth and last episode of Season 1 in August 2018. It’s been long since then and Succession Season 2 has made us wait for more than a year now. The second installment is set to premiere on August 11, 2019, only on HBO. Moreover, the installment is likely to have a set of 10 episodes again.