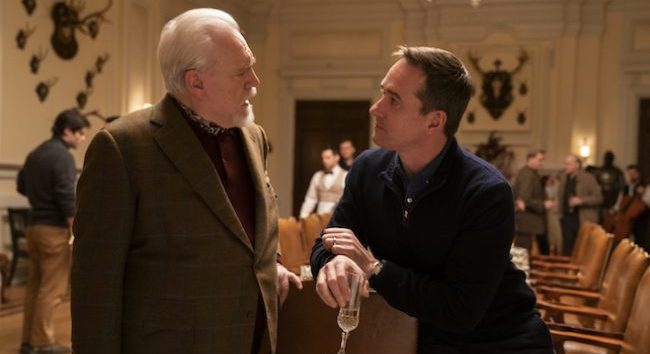 The Roy family finally returns to screens with its second season this year. We’ve just reached the third episode and viewers want to know if there’s any hope for Succession Season 3 or not. Well, luckily, there’s a lot of hope. HBO has finally given us the good news. Hence, here’s everything you need to know about the show’s future.
Succession is an intense comedy-drama revolving around one of the wealthiest dysfunctional family. Logan Roy and his money-minded offsprings struggle to hide their family complications from the world. The show stars Brian Cox as the head of the family. The series gained much recognition and critical acclaim for its debut season. Moreover, it has even won prestigious accolades such as Primetime Emmy and Golden Globe awards.

How Is Season 2 Going So Far?

Fans had been waiting for more than a year for the second installment of the satirical comedy-drama. The season debuted this month on August 11, 2019. So far, the beginning looks good, and viewers are enjoying the story. Tom Wambsgans and Shiv Roy are easing their ways into an uneasy marriage. Roman Roy is struggling with the aftermath of the failure of his rocket-launch.


On the other hand, another Roy sibling, Kendall is recovering from everything that happened in the debut season. To top it all, the head of the family, Logan Roy is trying to reclaim his firm grip on his empire. Since it’s only the third episode yet, there still a lot left to happen in the future.

HBO couldn’t wait any more to announce the renewal of Succession Season 3. Hence, with barely a few weeks into Season 2, the network greenlights the series for another run. The renewal was announced by Francesca Orsi, executive vice president of HBO Drama Programming. Fans are pretty excited for a third installment. Moreover, many of them have expressed their delight over social media.

How Many Installment Will Succession Have?

Showrunners are currently not very sure about how many seasons can the series have. As per a report by Entertainment Weekly, show creator Jesse Armstrong believes that Succession is a sort of show that cannot run very long. She explains that fans watch the drama to eventually know who becomes the Waystar Royco inheritor. Hence, it has to have an ending soon.

“I have an idea of how I want the show to end, but it’s good to have an idea but being open to change it. It’s smart to be flexible about that type of stuff.”- Jesse Armstrong (Creator) #FYC #SuccessionHBO

Armstrong accepts that she already has an ending for the show. Ho wever, it is flexible and can change anytime as per the need. As of now, fans will surely have Succession Season 3. Although we hope that there are a few more installments of the series in the future.

HBO may have announced the renewal, but they’re yet to give us a release date. The first installment debuted in June 2018, while the second one arrived in August 2019. Hence, Succession Season 3 may also take a similar amount of time to hit the screens. We can expect the show to be back by the Summer of 2020.
As of now, Season 2 of Succession looks good and has impressed a large number of fans. The installment is worth watching and may even bag a few awards like the first season did. Expectations from Succession Season 3 have sprung, and we hope that it continues to dazzle us yet again.