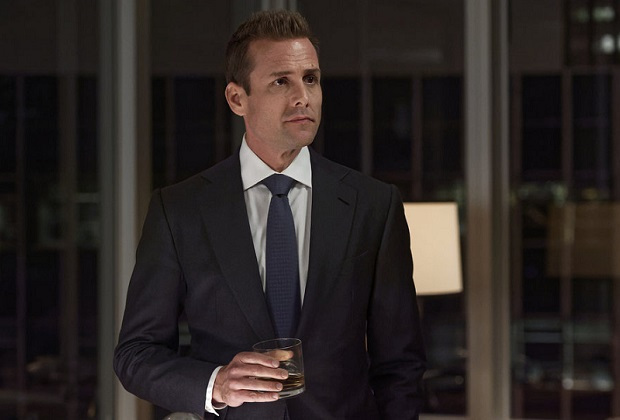 The eighth season of Suits ended by late February. However, before even the end of season eight, the network renewed its beloved legal show for another run. USA Network has confirmed Suits for another season back in January 2019. Suits Season 9 will be the next and reportedly, the final installment of the series.
Suits is a long-running legal drama series written by Aaron Korsh for USA Network. The show is the longest running original series for the network, debuted in 2011. The Suits revolves around a fictional law firm in New York City. The plot initiated when lawyer Harvey Specter (Gabriel Macht) hires Mike Ross (Patrick J. Adams) to be his law associate.
This time, the final season feature will lack the legacy of 16 episodes queue. USA Network announced that Suits Season 9 would have only 10 episodes. This makes season 9 the shortest of all the installments. Moreover, the final season will run at a quicker pace in regards to the events.

According to Korsh, Patrick J. Adams will return for a final round in the upcoming season. He stated that when Patrick left, they (show-runners here) talked about the notion of him coming back. However, it seems highly unlikely that The Duchess of Sussex, Megan Markle will make a comeback. She is running full-time on her pregnancy, and it is not circumstantial for her to feature in the final season of Suits.

What Will Happen In Suits Season 9?

The final episode of Suits season 8 left the fans at a major cliffhanger. The audience saw Harvey (Gabriel Macht) and Donna (Sarah Rafferty) taking a big step. Harvey realized that Donna is the only one for her and rushed towards her. Things got heated up with both of them ending in the bedroom. The ninth season of Suits will cover up the relationship scenario of the couple and how they’ll manage their professional as well as personal life together.

Moreover, the fate of Zane-Specter-Litt-Wheeler-Williams (That is a pretty big name for a firm) law firm will get decided in the final season. The last season of Suits will feature the same core team comprising Harvey, Donna, Louis Litt (Rick Hoffman), Samantha Wheeler (Katherine Heigl) and Alex Williams (Dule Hill).

Pearson, spinoff adaptation from Suits, is almost ready to set its ground in the legal world. According to the plot, Jessica (Gina Torres) has already resigned from the law firm to move to Chicago with her boyfriend, Jeff Malone (David Bryan). She took this big decision after realizing that she no longer wants to practice corporate law. Meanwhile, the audience will watch her again in the Suits spinoff Pearson. The show is likely to release later this year and will get scheduled alongside Suits season 9.

Since, this time, the show will run for less number of episodes, the production work will take less time to complete. All the seasons of Suits premiered either in June or July of their respective years of release. Hence, the Suits season 9 is also likely to premiere in summer 2019.

That's it! Thanks for tweeting along with us and we'll catch you later this year for more #Suits!