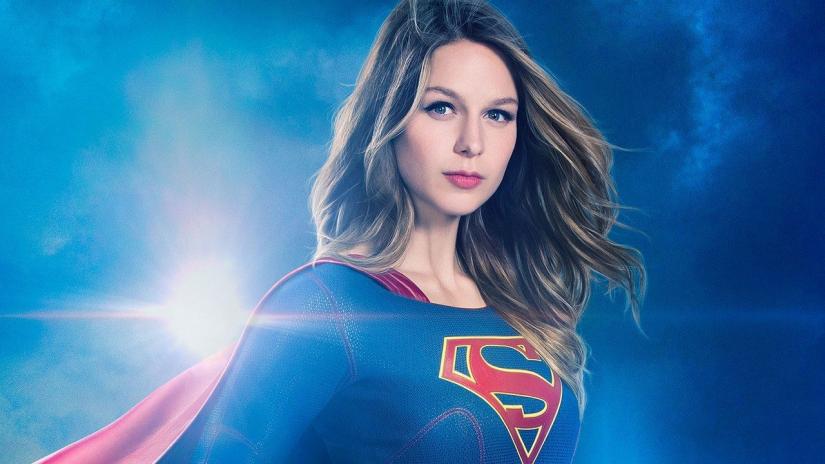 Man of Steel’s cousin, Supergirl, is on her way to deal with all the crimes and criminals. CBS has renewed its superheroine series for another run. Supergirl Season 5 will be the next installment of the series, featuring Kara Danvers in all-new Supergirl costume.

In the upcoming season, the audience will see a brand new Melissa Benoist’s Supergirl. The Girl of Steel has now ditched her all-time short-skirt costume for tight pants. The much-needed wardrobe change has been posted by the lead herself on her Instagram handle. Before this post, she also teased about this costume up-gradation in a recent Kevin Smith interview.

Supergirl now also have bangs, which seems to be a great add-one to appearance, providing her a cute, yet durable look. The belt is also there, the same thigh-high boots, and the thumb-holed gauntlets are also there. It seems like everything is still at its place, just the skirt is missing, replaced by Spandex trousers and new hair bangs.
Supergirl has changed her various outfits throughout the CW drama’s run. This includes her costume used to pummel Lex Luthor in last season’s finale. However, this latest update to her suit is much more significant and is quite attracting.

For Benoist, the new Supergirl costume is also a way to show a progression of the character’s development. According to her, it is more adult. She also expressed her expectations from the role she has been playing. As per her, whenever the show ends, she just wants there to be an apparent arc for this character that she evolved as a woman and found her femininity and her adulthood, only a self-discovery. Not just this, Melissa will make her directorial debut with the season’s 17th episode.

Its seems that Kara would have to go through a lot in Supergirl Season 5. Firstly, Lex Luthor revealed her secret of being the Supergirl to his sister, Lena (Katie McGrath), before dying. Lena was a new addition to the list, who now knows that Supergirl is no one but Kara. The deception she faced will surely develop conflicts between the two in the future.

Meanwhile, a massive threat is on its way for Supergirl. The Season 4 finale hinted on a secret organization called Leviathan. The only thing known about them is that they seem to have agents lurking in plain sight. The end revealed that Eve was secretly working for the organization.
When the fifth season drops, Kara will have to deal with her most competent enemy. This seems a bad sign for her considering the crossover setup of Crisis on Infinite Earths. The fans know that Supergirl will not be able to survive it, so they are eagerly waiting for the fifth season to know about Supergirl’s fate.

The fifth season of Supergirl is scheduled to release on October 6, 2019. The show will follow the series premiere of Batwoman on The CW. Till then stay tuned for the updates on Supergirl Season 5