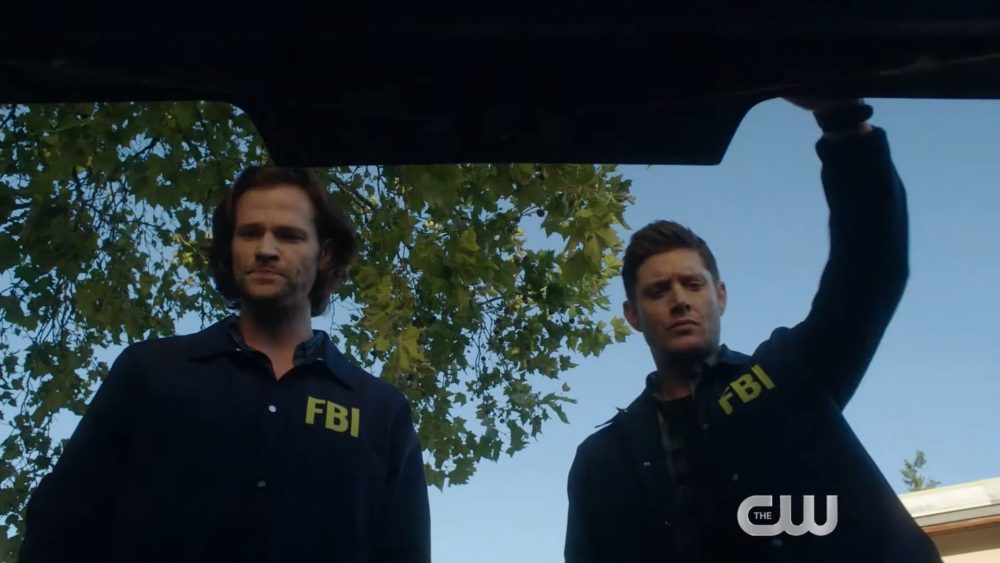 Earlier this year, the renewal announcement for Supernatural Season 15 surprised all the fans, as it will serve as the last ride of horror-dark drama. From all around the world, the fans have been a hard-core follower of the show, since its debut. And with the news, they felt all bittersweet as the show got renewed for another run, but for one last time. Also, the fans of the show have been wondering what will come next for Dean (Jensen Ackles) and Sam (Jared Padalecki).
Supernatural is dark fantasy television series of The CW, created by Eric Kripke. The show initially debuted on The WB in 2005, and later became part of successor The CW’s lineup. Supernatural also serves as the longest-running American live-action fantasy TV series.

The network has released the official plot details for the premiere episode of Supernatural Season 15. The episode is titled “Back to the Future.” In that, the audience will see Sam (Jared Padalecki), Dean (Jensen Ackles) and Castiel (Misha Collins) amidst the immediate aftermath of the zombie apocalypse, released by God (Rob Benedict) on Earth. The trio is left to defend the world after all the souls of Hell have been released on Earth and free to kill again.

The trailer also featured similar details, as revealed in the official synopsis for the upcoming season. In the trailer, Dean states to Sam, “You and me versus every soul in Hell? I like those odds.” It looks like the final season will do justice to all the characters and the hard work that the entire show has put in throughout the years.

Season 15 of Supernatural will continue where the previous season has left the audience, in the middle of utter chaos. The Winchesters’ attempt to kill God turned terrible. In retaliation, God, full of vengeance, unleashed souls from Hell. A pack of zombies rises from their graves to loom the Winchester Brothers and Castiel while Jack lay dead.
The fans of the show have been wondering what will come next for Dean and Sam. In between all the turmoil, it will be pretty interesting to see how all three of them will save their lives.

In an interview with ComicBook.com earlier this summer, the lead of the show, Jensen Ackles discussed the fifteenth season being the final one. According to him, some people were starting to wonder, when is it going to end. They (show-runners) were also planning to end the show before people stop caring and pointing it out, he added. That is why Supernatural is concluding with its fifteenth season.


Show-runner Andrew Dabb recently discussed the upcoming season opener. As he stated, God’s been pulling strings behind the scenes, and now Sam and Dean are really trying to break free for the first time in their lives.

The final season of Supernatural is scheduled to release on October 10, 2019, on The CW. It is just a while now when the audience will find out what will happen to the Winchesters, will they survive, or will ultimately die, as God wants them to be. Stay tuned for more updates.