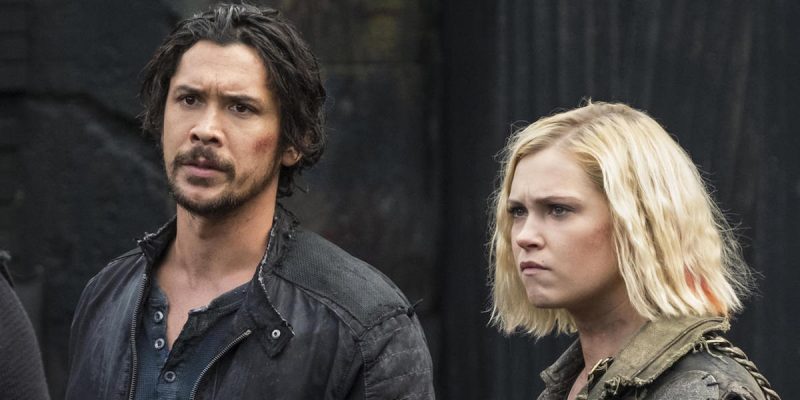 The 100 Season 7: Renewed Or Canceled? Everything You Need To Know

The sixth installment of the popular show is currently in the runs. Although fans have already begun questioning about “The 100 Season 7” and if it will ever return to their screens. Many of the viewers do not know that The CW has already renewed The 100 for a seventh season. The renewal was announced a week before Season 6 began telecasting on the channel.
The 100 became a huge success for The CW when it premiered back in March 2014. After five consistently impressing seasons, the series returned for its sixth installment on April 30, 2019. The highly popular group of post-apocalyptic survivors have now reached the new habitable world, known as Alpha or Sanctum. Our leads, including Clarke (Eliza Taylor), get to face new dangers in this new fictional world of The 100 Season 6.

The renewal of the seventh installment was quietly announced. Moreover, not many of the fans even realized that it did. The news was only announced over The 100’s social media. The CW’s official social media handles did not actually mention anything solid about the same. Since the announcement came before Season 6 even premiered, it didn’t get much coverage. Show developer and executive producer, Jason Rothenberg shared his happiness over tweets and Instagram posts.

The exploration continues. #The100 has been renewed for Season 7! pic.twitter.com/uQSNkTrOkF

I’m so thrilled to announce that #The100 just got picked up for SEASON 7! The fact that Season 6 hasn’t even premiered yet makes this a total baller move by @TheCW! All of us who make the show are honored and awed by it. THANK YOU! And don’t forget to watch APRIL 30th!

The entire team of The 100 is not creating much buzz about the return of another installment of the show. Most of the stars didn’t even t alk about the renewal. Moreover, we haven’t heard anything significant about the production status as well. Although, co-executive producer, Jason Rothenberg gave the fans a cute picture of the first day of Season 7. The tweet was posted on June 3, 2019. The 100 Season 7 has begun its pre-production and may take a few months to start filming.

A sweet first day of Season 7! #the100 pic.twitter.com/iUFJxpZuXJ

Is It The Last Season?

Since the announcement of the renewal, many of the fans have been speculating about the fate of their favorite show. Viewers are doubtful about The 100 Season 7 may be the last installment of the series. The rumors are yet to be officially confirmed and hold fewer proofs to be true. A few fans online believe that The CW has previously canceled several of its shows that they renew early. Moreover, The 100’s early and quiet renewal may hint that it’s reaching a conclusion. But then, these are all just speculations and must not be trusted until the network confirms.

How Many Episode Wil Be There This Time?

The 100 has had an uneven pattern of the digit of episodes very season has. The numbers have been fluctuating a lot with the last three installments having 13 episodes each. The CW has swooped up the figure again as The 100 Season 7 will now have 16 of them.

After awaiting its fans for exactly a year, the sixth season of the sci-fi series returned on screen in April 2019. The previous two installments have both released in the same month of consecutive years. Hence, chances suggest that Season 7 may also premiere around April 2020. Showrunners are yet to declare a firm air date.
Since its release back in 2014, The 100 has been a progressive show. The action series has improved itself in many aspects of film-making, such as the screenplay, acting, and direction. Also, it manages to give us something new, each time it returns with a fresh installment. The showrunners promised the same with Season 6, and it is indeed running well on the channel currently. The season is expected to conclude on August 6, 2019. Hopefully, The 100 Season 7 will also continue to amaze its fans all over again.