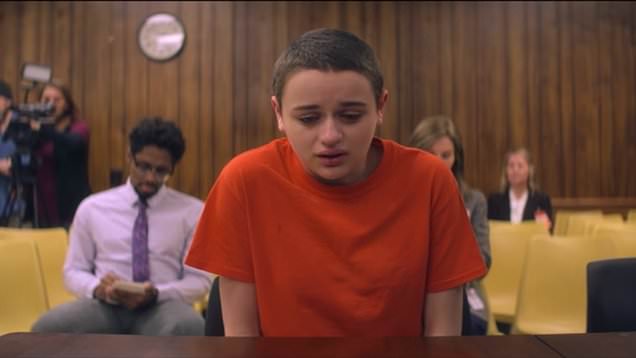 The Act is one of the recent, most binged watch shows of Hulu. The anthology real crime series dwelled the audience in the thriller world. Though the show had a neat climax, the fans started asking about The Act Season 2.
The Act is a real crime drama which premiered on March 24, 2019, on Hulu. The first season brought in the real-life story of Gypsy Rose Blanchard and the murder of her mother, Dee Dee Blanchard. The show also alleged with many controversies. Gypsy Rose herself stated that it was very unfair that the producers had used her actual name without her consent. Joey King played Gypsy along with Patricia Arquette as her mother who was suffering from Munchausen Syndrome by proxy.
The first season received global acclamation along with critics praising. The show was appreciated for its intense dark tone along with excellent writing and direction. And because of such great popularity, talks started flourishing about the next season of The Act. Moreover, the show also resulted in a subject for Dr. Phil McGraw’s new podcast, Analysis of Murder.

So, Will Hulu renew the show for another run? What will happen in The Act Season 2? When will the second season release? Let us know all the answers to these questions below.

Will Hulu Renew The Series For The Act Season 2?

As of now, Hulu has not confirmed about the second season of The Act. However, Michelle Dean, the co-creator of the show discussed some insights in an interview with Esquire. Dean stated that there is no Season Two right now, in the sense that Hulu has not picked it up yet. Despite that, the audience is curiously waiting for the show to get renewed as soon as possible.

What Will Happen in The Act Season 2?

In the same interview, Dean talked about some of the possibilities for The Act Season 2. According to her, The Act was designed as an anthology, and the title refers to the act of the crime that Dee Dee and Gypsy were putting on for the public. For her, if there were a second season, those are the stories that they would be interested in telling.
This means that the second season will follow a completely different real-time crime story. The cast and characters will be different as well.

The show is yet to get a reboot for the second season. Since The Act is a complete anthology, it takes quite a bit of time to get ready. If the series will renew, it will almost take two years to return. The Act Season 2 is likely to return in 2021. Stay tuned for the updates on The Act Season 2.