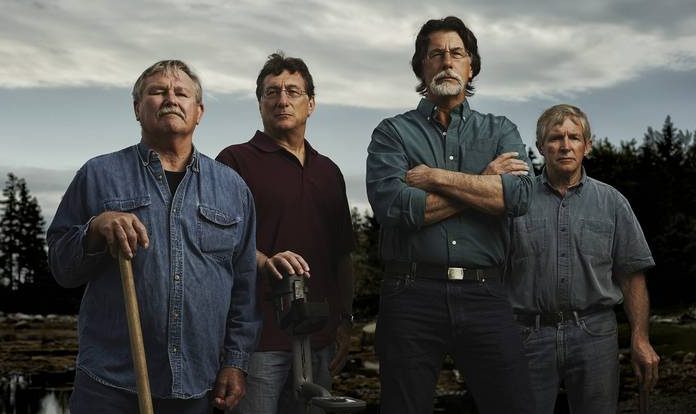 The real-life treasure hunt is on its way for its dedicated fans. The Curse of Oak Island Season 7 is in its making and will get ready soon to premiere. The documentary series had given its tremendous six seasons in the quest of the treasure at Oak Island. The hardcore followers of the famous television series are already thrilled for its upcoming return.
The Curse of Oak Island is a real-time documentary series of HIstory TV. The show features Rick and Marty Lagina, stepping forward towards their lifelong dream of solving the 223-year old Oak Island Mystery. The show is one of the most followed shows in recent time. It has become the apple of the audience’s eyes since the first season itself and also been receiving high ratings since then.
In the previous six seasons, the Lagina brothers witnessed several disappointments. However, they also succeeded in discovering some precious rare artifacts including the Knights Templar cross, Rhodolite Garnet brooch, gold brooch, iron spikes, and plenty of other valuables as well.
Earlier this year, speculations started flaring about the cancellation of the next season. However, the channel later denied all those rumors and officially confirmed the seventh season of The Curse of Oak Island. History Channel has ordered 36 episodes for the seventh season. Since then the fans are in dilemma that what will happen in the next season? When will the seventh season release? And more.

The Curse Of Oak Island Season 7: Images Leaked From The Shoot

The Curse of Oak Island Season 7: What Will Happen?

Since decades, many teams of researchers tried to unravel the secret about Oak Island. As per the reports and myths, there is an unearthed treasure buried on the small island, off the coast of Nova Scotia. Been through roller-coaster journey of six seasons, the brothers and their team have reached closer than anyone in the history in finding the treasure.
The seventh season of the show will pick up from where the sixth season has left off. This means that the first few episodes of The Curse of Oak Island Season 7 will deal with the winter season and the problems created through it. The winters will also bring all the water, which might act as a hurdle for the journey. Also, for the safety of team and crew members, the equipment and locations need to be dry, as much as possible.

The seventh season of The Curse of Oak Island would likely arrive in the fall of 2019. However, History Channel has not yet announced the official premiere date for the forthcoming season of the treasure quest.