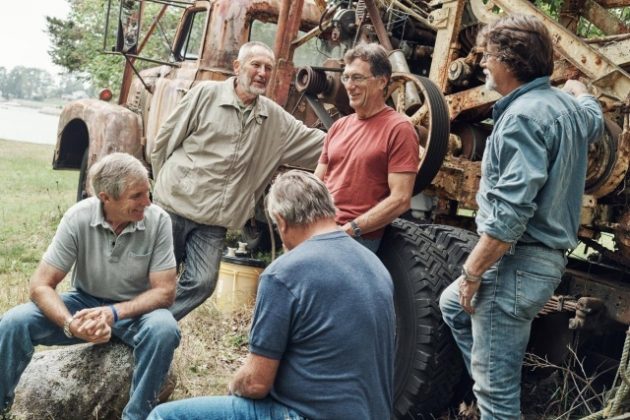 The Curse Of Oak Island Season 7: Preview Released, Might Find The Treasure In This Season

With maximum numbers of episodes this season, The Curse Of Oak Island Season 7 is on its way to unveil the biggest treasure mystery. Less than a month left for the premiere; but the fans still dwell in the theories and speculations for the upcoming season of the treasure hunt.
Season 7 of The Curse Of Oak Island will continue Lagina Brother’s hunt for the 200-year-old mystery on the tree-infested Oak Island. In the previous seasons, they came affront with quite some disappointments. However, they also succeeded in finding some precious and rare artifacts that brought the duo closer to the hidden treasure on The Oak Island.
History TV also premiered an ahead screening of some of the top events of the series. The special featured 25 theories, 25 finds, and 25 moments that could lead to the unknown hidden treasure at The Oak Island.

25 finds, 25 moments, 25 theories, and 25 moments you never saw, oh my! Relive these specials on The #CurseOfOakIsland beginning October 8th at 9/8c, with the new season premiere on November 5th on History. pic.twitter.com/JLbqFYenOm

Preview Released For The Upcoming Season

https://www.youtube.com/watch?v=SC8lZziCPfE
After six years of search for the ultimate treasure, it seems like Lagina brothers are finally there. The teaser also led the audience in that direction only. As heard in the preview, “That’s A Tunnel… The Steps Seem To Lead Down To Something! This is what we’ve been looking for! Wow, It’s All True.” This new preview for season 7 is very promising.
After finding the tunnel, Rick and Marty started believing that it will lead them to the Chapell’s Vault. They also feel that there is an enormous ship buried under the area, and it is said to contain precious items and artifacts.

The Curse Of Oak Island Season 7: What will happen?

At the end of last season, the team found some results in the swamp that they’ve been looking for. Though the channel did not reveal the official synopsis for the upcoming season, fans are all set with their theories and speculations. Also, Rick, Marty, and the rest of their team members have raised the stakes and are now excavating more areas in the tree-infested island. However, there have been hints that the team will focus more on the swamp.
Meanwhile, a video from the seventh season surfaced, featuring a gigantic hidden shaft being uncovered along with a mysterious step. And according to the theories, these steps could lead the Lagina brothers to the so-called Money Pit. Also, Season 7 will explore the H8 Shaft, where the Chapell’s Vault is believed to be located.

Getting to the bottom of things.⛏️The #CurseOfOakIsland returns on Tuesday, November 5th at 9/8c on History. pic.twitter.com/T0LofNsWjX

Season 7 of The Curse Of Oak Island Season is scheduled to release on November 5, 2019. Also, rumors are spreading that the upcoming season will serve as the final run of the series. If that is true, then there is very much certainty that the Lagina Brothers will find the acclaimed treasure in Season 7.