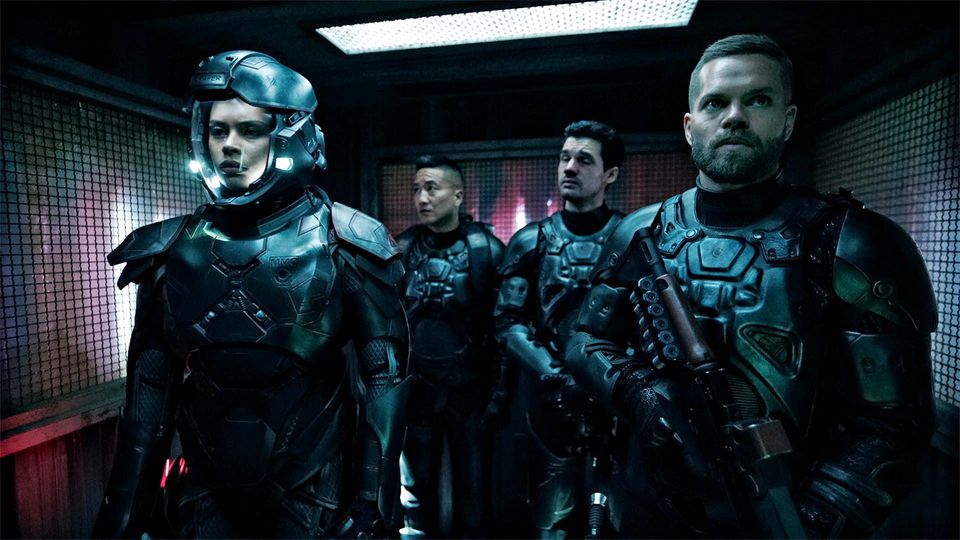 Good news for the sci-fiction fans; Amazon has officially announced ‘The Expanse Season 4.’ The show delivers a politically-charged sci-fi drama, based in space-time quite a far from the present. The original broadcaster Syfy aired three seasons of the show. However, cancelled its fourth season in May 2018.
The audiences were feeling sad as they got to know about the cancellation of the fourth season. The removal of the show also faced intense criticism as the fans wanted to see more of this sci-fi drama. With the usual save-our-show hashtags and tweets on social media, some fans even stood in front of Amazon studios’ at California HQ with banners in hand. As a result, Amazon decided to pick up the series for another run.

The production of season four has been wrapped up, but we are still hearing new casting announcements. The cast will include new Belter characters who will search alien planets on the other side of the Ring.
Actress Lydia Greenwood confirmed her production wrap of the fourth season as Dr Elvi Okoye, through an Instagram post. Rosa Gilmore will play Dr Lucia Mazur, a Belter refugee who’s staked a call on a new Earth-like planet.
Keon Alexander joins Season 4 as a cunning and charismatic Belter leader and Jess Salgueiro as a sarcastic corporate security officer. Lily Gao is also present in the fourth season as Kin. Moreover, Pacific Rim star Burn Gorman will also join season 4 as Adolphus Murtry, the security chief.

The Expanse Season 4: Return Of Miller

Season 4 will also have a comeback of an old character who died in season two. That character is non-other than Josephus Miller played by Thomas Jane. He was a Belter detective who examined a chain of incidents. He was then lost somewhere into the alien world. However, he will return in season four as the avatar of the alien technology which is powering the Ring.

The Expanse Season 4: What’s In For The Fans?

The show draws its story-line from the bestselling book series by Daniel Abraham and Ty Franck. The book series has published under the pen name James S. A. Corey. The Expanse is set into the future hundreds of years ahead of where the whole solar system is colonised. Mars is under control of the independent military, and the United Nations controls Earth.
Furthermore, The Belters, working-class people, live on an asteroid belt excavated for resources. But due to some political conspiracy, a terrible incident took place at an ice mining vessel, resulted in an all-out war.
At the end of season 3, The Ring opened, and the Rocinante went through one of them. This speculates that season four will focus on the creators of The Rings and what’s on the other side of it. The Ring exposed itself to be a wormhole gate joining Earth and thousands of unexplored star systems.
The show-runner Naren Shankar stated that season four would cover the fourth book of the series. The title of the book is Cibola Burn and will explore the planet Ilus. However, the ongoing tension between the earth and Mars may reach to some conclusion.

Amazon Prime has scheduled the release of The Expanse Season 4 by the end of 2019. Amazon Studios TV co-chief Vernon Sanders confirmed this during the Television Critics Association Winter Press Tour. The previous season of the show premiered around four months after the production wrap. Showrunners have finished the production of the fourth season. The Expanse Season 4 is expected to release in mid-2019.